Access to all Banking Exams Courses
Subscribe Now
READ ON APP
Home Uncategorized Daily GK Update 30th January 2019 | Daily Current Affairs
Facebook
Twitter
Google+
Pinterest
WhatsApp
January 30, 2019
Dear Aspirants,
The General Awareness Section plays an important role in scoring well above cut off marks in any competitive exam. The Banking Awareness and Static Awareness questions asked in the General Awareness Section are based on Current Affairs mainly. So you need to prepare well this section to score good marks. Here is the Daily GK Update to get you acquainted with the top events that made the headlines today!!

i: In commemoration of the 150th Birth Anniversary of Mahatma Gandhi, Prime Minister of India Narendra Modi dedicated grand and iconic ‘National Salt Satyagraha Memorial’ constructed by the Central Public Works Department at Dandi, Gujarat to the Nation.
ii: This prestigious work entrusted to CPWD by the Ministry of Culture, Govt. of India has been completed by the dedicated team of CPWD in 20 months’ time well within the sanctioned amount of Rs. 72.23 crores.

i: Uttar Pradesh state cabinet has approved construction of a four-lane Ganga Expressway connecting Prayagraj to Western Utter Pradesh which would cost about 36,000 crore rupees.
ii: Chief Minister Yogi Adityanath stated that this expressway will provide better connectivity to Prayagraj. Ganga Expressway will be 600 kilometres long and can be expanded to six-lane in future. Chief Minister also stated that after completion it would be longest in the world.

i: The Reserve Bank of India has stated that it will inject Rs 37,500 crore into the system through the purchase of government securities in February to increase liquidity.
ii: RBI stated that it has decided to conduct the purchase of government securities under Open Market Operations (OMOs) for an aggregate amount of Rs 375 billion in the month of February 2019.
Static/Current Takeaways Important For NIACL AO Mains Exam 2018:
4: FDI Rose 18% In FY18 To Rs 28.25 Lakh Crore: RBI data

i: Reserve Bank of India has released a data on “Census on Foreign Liabilities and Assets of Indian Direct Investment Companies, 2017-18” which shows that the Foreign Direct Investment (FDI) has increased 18% to Rs. 28.25 lakh crore in FY18.
ii: FDI increased by Rs 4,33,300 crore, including revaluation of past investments, during 2017-18 to reach Rs 28,24,600 crore in March 2018 at market value. Overseas direct investment (ODI) by Indian companies increased by 5% to Rs 5.28 lakh crore.

i: K.J. Alphons, Union Minister for Tourism has inaugurated the first project under the Swadesh Darshan Project of the Union Ministry of Tourism at the Zero Point, Gangtok, Sikkim. This project was sanctioned by the Ministry of Tourism in June 2015 for Rs. 98.05 crores.
ii: Swadesh Darshan Scheme is one of the flagship scheme of Ministry of tourism for development of thematic circuits in the country in a planned manner.
Static/Current Takeaways Important for NIACL AO Mains Exam-

i: Employees’ Provident Fund Organisation has notified three new committees on Finance, Investment and Audit Committee (FIAC), the Pension and EDLI Implementation Committee (PEIC) and the Exempted Establishments’ Committee (EEC).
ii: All the 3 committees will continue to have central government representatives as well as 2 representatives each of the employers and the employees and domain experts.
7: ICAR Launches National Agricultural Higher Education Project (NAHEP) 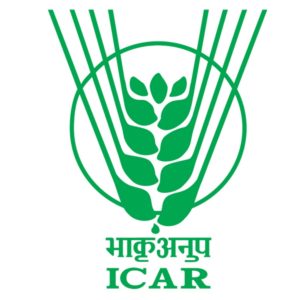 i: Indian Council of Agricultural Research (ICAR) has launched the National Agricultural Higher Education Project (NAHEP) to attract talent and strengthen higher agricultural education in the country.
ii: It is inaugurated at the fourth Convention of 2-day “Agrivision-2019” organized by Vidyarthi Kalyan Nyas in Pusa, New Delhi.
Appointments

i: Kerala based private sector lender Federal Bank has appointed Dilip Sadarangani as the part-time chairman. The appointment of Sadarangani, who has been on the bank’s board since 2013, has been cleared by the Reserve Bank.
Static/Current Takeaways Important for NIACL AO Mains Exam-
Ranks & Reports
9: Dubai Airport Retains Top Position As World’s Busiest Airport

i: India has been ranked in Bloomberg’s 2019 list of most innovative countries in the world – 2019 Bloomberg Innovation Index – for the first time ever. India has grabbed the 54th spot with a score of 47.93 out of 100 in the Innovation Index of 60 economies.
ii: South Korea has topped the Index for the sixth time in a row with a total score of 87.38, followed by Germany and Finland.
11: Global Corruption Index Released, India Ranks 78

i: Transparency International has released the Global Corruption Index 2018. India rose by 3 points to 78 in the list of 180 countries in the world with a score of 41.
ii: China lagged far behind at 87 and Pakistan ranked 117.

i: Ministry of Textiles and Government of India launched Artisan Speak at Elephanta Caves (UNESCO heritage site) to strengthen the handlooms and textiles sector of India.
ii: The event has been held to showcase the GI Textiles of India, through a confluence of fashion, music, and dance.
Sports

i: French sailor Jean-Luc Van Den Heede has won the round-the-world yacht race after 212 days alone at sea without modern instruments.
ii: The 73-year-old, who completed his sixth circumnavigation of the globe, became the oldest to complete the 30,000-mile Golden Globe race. Of the 19 sailors who started out in July 2018, only 5 were still in the race.
Miscellaneous

i: The Civil Aviation ministry launched the country’s first Geographical Indication (GI) store at Dabolim International Airport in Goa.
ii: Union Minister for Civil Aviation Suresh Prabhu stated that the GI stores will promote local products made by the artisans and handicrafts at the airport.
Static/Current Takeaways Important for NIACL AO Mains Exam-