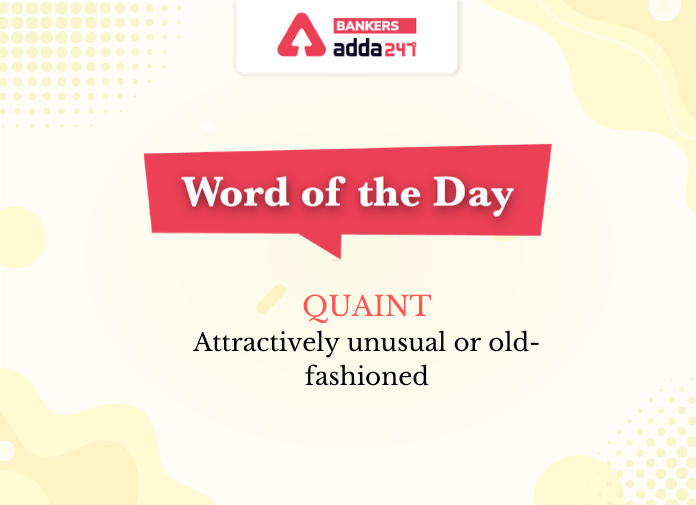 "This is the most recommended and NRA-CET ready Pack!

Subscribe | Practice | Succeed
With Bank Test Pack Subscription, get unlimited mock tests, study notes, e-books.
Beat the competition with the Bank Test Pack.
*E-books of printed books are not included in this package

PROTEAN (adjective) रूपांतरणीय
Meaning: tending or able to change frequently or easily.
Synonyms: variable, inconsistent, erratic, fluctuating.
Antonyms: consistent. continual, incessant, constant.
Usage: I am unable to make a final decision because of my protean nature which makes me indecisive.

ATROPHY (verb) अपक्षय
Meaning: gradually decline in effectiveness or vigour due to underuse or neglect.
Synonyms: dwindle, deteriorate, decline, wane.
Antonym: strengthen, revive, advance, flourish.
Usage: When the gang leader died, his organization’s hold on the city began to atrophy as other gangs moved into the area.