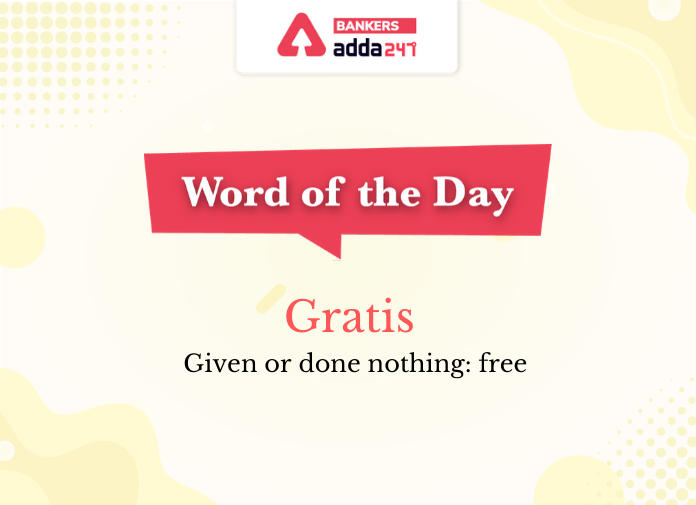 FURLOUGH (noun) लम्बी छुट्टी
Meaning: leave of absence, especially that granted to a member of the services of a missionary.
Synonyms: break, rest, recess, day off.
Antonyms: rehire, recall, travail, toil.
Usage: I have just learned that Cousin George has got his furlough extended thirty days.

BODE(Noun)भविष्य-कथन
Meaning: to indicate (something, such as a future event) by signs
Synonyms: augur, forebode
Antonyms: ignorance, thoughtlessness
Example: Poor sales do not bode favorably for the success of the new store.

Resurge (Verb) पुनरुत्थान
Meaning: To rise again.
Synonyms: Revival, rebirth
Antonyms: lapse, breakdown
Usage: If you have lost your inner motivation, do not worry, hopefully, it will resurge.

Bagatelle(Noun) छोटी बात
Meaning: A thing of little importance
Synonyms: Frippery, Nothing
Antonyms: Succeed, Importance
Usage: I would like to point out that that sum is a mere bagatelle of the whole revenue

Verbosity(Noun) शब्दाडंबर
Meaning: wordiness, the quality of using more words than needed.
Synonyms: garrulous, prolixity
Antonyms: brevity, taciturnity
Usage: He found his tribe in politics, a profession where his verbosity was an asset.

Ardor (Noun) ललक
Meaning: Enthusiasm or passion
Synonyms: Emotion, warmth
Antonyms: apathy, indifference
Usage: He had been a painter throughout his life, but he never had a vision of painting with such ardor and desire.

CARNAGE(Noun)हत्याकाण्‍ड
Meaning: That which is left after an extremely violent event such as a massacre
Synonyms: crime, bloodshed
Antonyms: peace, non- violence
Example: We banned our child from playing his favorite video game because of the violence and carnage it contained.

ARRANT (adjective) कुख्यात
Meaning: used to say how bad something is.
Synonyms: utter, absolute, complete, thorough.
Antonyms: dubious, questionable, restricted, uncertain.
Usage: Because of her arrant devotion to her family, she volunteered to go to the labor camp with them.