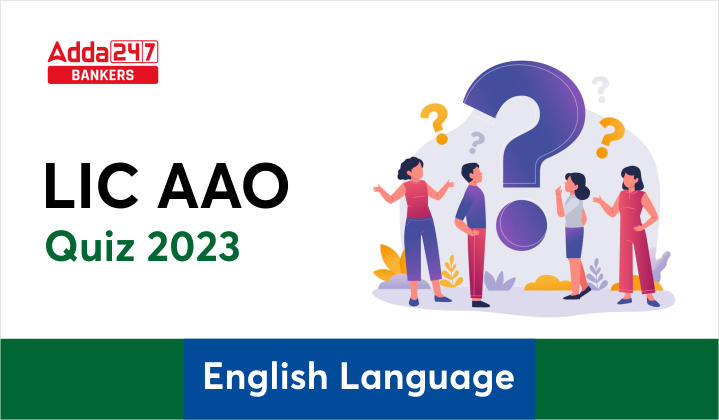 Directions (1-5): In each of the following sentences, a part of the sentence has been italicized. Below are given alternatives to the part italicized which may improve the sentence. Choose the correct alternative.  Wherever no improvement is needed choose ‘No correction required’ or ‘No Improvement’ as the answer.

Q1. Although he is able to make political enemies with this decision, the prime minister does not mind doing it for the sake of public welfare.
(a) liable from
(b) of a mind to
(c) acknowledging his liability to
(d) liable to
(e) No correction required

Q4. A nuclear testing fills the air with radioactive dust and left the area uninhabitable.
(a) and leaves the
(b) also leaves the
(c) also leaving the
(d) and making to
(e) No correction required

Directions (6-15): Which of the phrases (a), (b), (c) and (d) given below each sentence should replace the phrase printed in bold letters to make the sentence grammatically correct? If the sentence is correct as it is, mark (e) i.e., “No correction required” as the answer.

Q11. The step of demonetization is a major breakthrough and attempts to acquaint us with the problems of corruption and terror funding.
(a) attempting to acquaint
(b)attempts at acquainting
(c) attempted to acquaint
(d) attempt to acquaint
(e)No correction required

Q12. The accused now flatly denies have admitted his guilt in his first statement.
(a) had admitted
(b) has admitting
(c) have been admitting
(d) having admitted
(e)No correction required

Q13. Despite of their differences on various issues, they all agree on continuing this project.
(a) Despite for their
(b) Despite off their
(c) Despite their
(d) Despite of the
(e)No correction required

S1. Ans.(d)
Sol. ‘Liable to’ means ‘subject to’ an obligation or exposed to a possibility or risk (‘likely to’). Don’t mark (a) in a hurry just because you recognized ‘liable’ to be the correct term; the preposition following it should also be correct.

S4. Ans.(a)
Sol. Co-ordinate connector ‘and’ takes same verb forms. So, there should be ‘fills’ and ‘leaves’ respectively.

S5. Ans.(a)
Sol. Co-ordinate connector ‘and’ takes same verb forms. So, there would be ‘boosts’ and ‘inhibits’ respectively.

S14. Ans.(c)
Sol. Auxiliary verb is used before subject in the sentences starting from No sooner, hardly, scarcely, rarely, seldom.