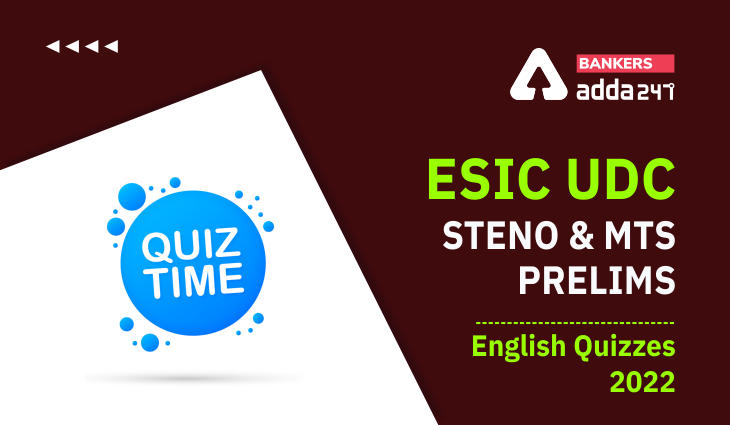 Directions (1-5) : Rearrange the following five sentence (A), (B), (C), (D) and (E) in the proper sequence so as to form a meaningful paragraph; then answer the questions given below them.
(A) Though forests have lately been regulated by Governments, for a long time, they were also treated as free goods.
(B) Now it seems less and less possible for it to regenerate itself from destruction caused by human beings.
(C) When this number was rather small, these natural resources could regenerate themselves and continue the ecological balance.
(D) Natural resources such as air and water from rivers have been treated as free goods.
(E) Thus, human beings and their organizations made extensive use of these commodities.

Q7. The account of the crime given by the accused was ______ and was ______ .
(a) dependable, uncognizable
(b) fictitious, unreliable
(c) false, appreciable
(d) complete, imaginary
(e) exaggerated, unpardonable

Q8. Problems of the country can only be aggravated by ______ and ______ citizens.
(a) careful, unscrupulous
(b) extraordinary, uncompromising
(c) dedicated, patriotic
(d) selfish, irresponsible
(e) independent, practical

Directions (11-15) : Which of the phrases (1), (2), (3) and (4) given below should replace the phrases given in bold in the following sentences to make the sentence grammatically correct?If the sentence is correct as it is, mark (e) as the answer.

S6. Ans.(a)
Sol.Deterrent – a thing that discourages or is intended to discourage someone from doing something. Prevents – keep (something) from happening.

S7. Ans.(b)
Sol. Fictitious – not real or true; imaginary or fabricated.Unreliable – not able to be relied upon.

S8. Ans.(d)
Sol. Irresponsible – (of a person, attitude, or action) not showing a proper sense of responsibility.