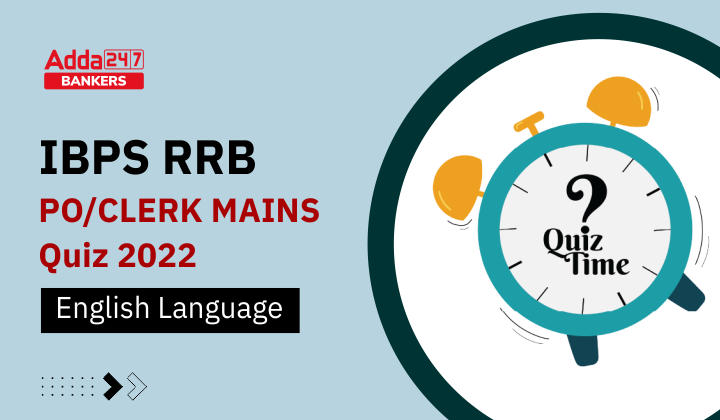 Directions (1-5): Rearrange the following sentences ((A), ((B), ((C), ((D), ((E) and (F) to make a meaningful paragraph and then answer the questions which follow:
(A) While these disadvantages of biofuels are serious, they are the only alternate energy source of the future and the sooner we find solutions to these problems the faster we will be able to solve the problems we are now facing with gasoline.
(B) This fuel can also help to stimulate jobs locally since they are also much safer to handle than gasoline and can thus have the potential to turn around a global economy.
(C) These include dependence on fossil fuels for the machinery required to produce biofuel which ends up pollution as much as the burning of fossil fuels on roads and exorbitant cost of biofuels which makes it very difficult for the common man to switch to this option.
(D) This turnaround can potentially help to bring world peace and end the need to depend on foreign countries for energy requirements.
(E) Biofuels are made from plant from sources are available in abundance and can be reproduced on a massive scale, they form an energy source that is potentially unlimited.
(F) However everything is not as green with the biofuels as it seems as there are numerous disadvantages involved, which at times overshadow their positive impact.

Directions (6-15): In the following passage there are blanks which have been numbered 101 to 110. These numbers are printed below the passage, as against each five alternatives have been suggested, one of which fits the blank appropriately. Find out that word.

India’s approach towards treatment of (6) banks is yet another interesting issue. Rather than closing them down, policy makers in India have shown a preference to (7) such banks with healthy public sector banks. It has been (8) in certain circles that such an approach may give rise to a moral hazard problem. However, two issues need (9) in this context. First, commercial banks are the most dominant and systemically important segment of the financial system. Second, over 70 per cent of the bank depositors in India are small depositors. Therefore, systemic concerns coupled with the necessity to (10) the interest of small depositors have been (11) in the minds of policy makers while (12) with insolvent banks. This issue had not (13) much attention in the context of a predominantly government-owned banking system. As the weight of private banks increases further thinking will need to be done on this subject, both in terms of (14) of insolvency through advance regulatory supervision and action, and post-insolvency measures that (15) moral hazard and eventual fiscal cost.

S1. Ans. (c)
Sol. The proper sequence of sentences to form a meaningful paragraph will be EBDFCA

S2. Ans. (d)
Sol. The proper sequence of sentences to form a meaningful paragraph will be EBDFCA

S3. Ans. (d)
Sol. The proper sequence of sentences to form a meaningful paragraph will be EBDFCA

S4. Ans. (a)
Sol. The proper sequence of sentences to form a meaningful paragraph will be EBDFCA

S5. Ans. (b)
Sol. The proper sequence of sentences to form a meaningful paragraph will be EBDFCA