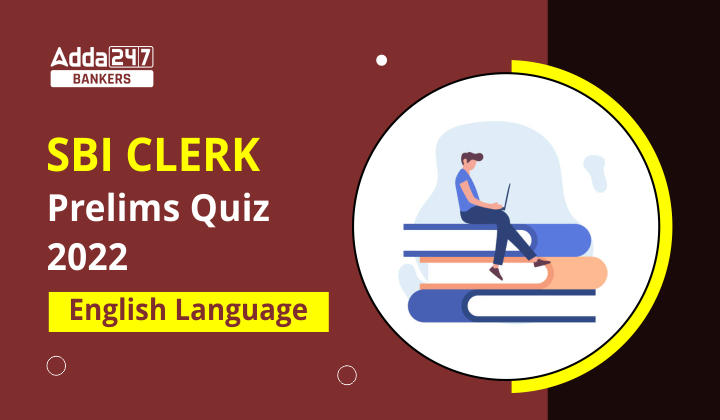 Directions (1-5): Rearrange the following five sentences (A), (B), (C), (D) and (E) in the proper sequence to form a meaningful paragraph and then answer the questions given below.

Q1.(A) ambient air pollution together globally every year.
(B) accounts for 34% or 2.4 million of the seven million premature deaths caused by household and
(C) Southeast Asia region to aggressively address the double burden of household and ambient (outdoor) air pollution,
(D) The WHO has called upon member-countries in its
(E) saying the region, which comprises India,
(a) DCEBA
(b) DCBEA
(c) DBCEA
(d) DABCE
(e) DECBA

Q2. (A) I must confess that I am intrigued by your invitation to me to join the members of the Indo-Korean War Veterans
(B) was the Chairman and General Thorat was the Commander of the Custodian Forces of India.
(C) It is of course true that
(D) in welcoming the new Ambassador from South Korea.
(E) I spent some few months of my life in Panmunjom in my capacity as Alternate Chairman of the Neutral Nations Repatriation Commission of which General Thimayya
(a) ACBED
(b) ADCBE
(c) ADCEB
(d) ABCDE
(e) AEDCB

Q3.(A) held talks against a classic Chinese landscape of gardens and lakes, with and without aides.
(B) Indian and Chinese troops engaged in a tense stand-off lasting 73 days.
(C) on the high Himalayan plateau of Doklam on the borders of Bhutan, India and China, overlooking the vital Siliguri Corridor connecting ‘mainland’ India to the Northeastern States,
(D) The optics were reassuring and optimism about the outcome of these conversations was implied. Only a year ago,
(E) For the duration of a day and a half, the leaders of the world’s two most populous countries
(a) ECBDA
(b) EDCBA
(c) EACDB
(d) EADCB
(e) EBCDA

Q4.(A) The authorities may claim that the situation is stable but the daily litany of violence tells a different story.
(B) on different planes across the country.
(C) The authorities need to analyze why simultaneous upheavals are taking place
(D) Each day, a concatenation of events and situations are contributing to feelings of deep unease.
(E) Take internal security, for instance.
(a) CAEDB
(b) CEBAD
(c) CDEAB
(d) CBEAD
(e) CBDEA

Q5.(A) Strong patent protection is a crucial part of this process.
(B) Transgenic technologies such as Bt cotton are an important part of India’s cotton production arsenal.
(C) that fail when used improperly, as was the case with Bollgard-2. The important thing for India
(D) They are not infallible. But this is true of all technologies, like antibiotics,
(E) is to keep incentivizing the development of such technologies and to use them properly.
(a) BECDA
(b) BACDE
(c) BDAEC
(d) BCDAE
(e) BDCEA

Directions (6-10): Rearrange the following five sentences (A), (B), (C), (D) and (E) in the proper sequence to form a meaningful paragraph and then answer the questions given below.
Q6.(A) son get into the IIT in the future?
(B) what should I do to help my six-year-old
(C) There was a question in Quora that went something like,
(D) So, this is what our aspirations for our six-year-olds have come to.
(E) I read that twice, and yes, that was the question.
(a) CDEAB
(b) CBEAD
(c) CBAED
(d) CAEDB
(e) CEABD

Q7.(A) and become responsible citizens?
(B) Financial success matters but shouldn’t our children learn to respect nature
(C) on raising compassionate and empathetic kids?
(D) We all want a secure future for our progeny but wouldn’t the world become
(E) a better place if we focussed half of our attention
(a) DBCEA
(b) DACEB
(c) DCEAB
(d) DEABC
(e) DECBA

Q9.(A) The contracting industry is a place where worlds collide.
(B) Where the purity of physical effort by migrant labourers roasted by the sun,
(C) I inherited an industrial engineering company that was founded by my grandfather.
(D) delivers to the world around them the comforts of modern infrastructure.
(E) Everything here is centred on the basics. Basic needs, basic hopes, and basic aspirations and expectations.
(a) CBDEA
(b) CADEB
(c) CABDE
(d) CDEAB
(e) CEADB

Q10. (A) He was a calm boy, anchored by the recent acceptance of death and detached from the inconsistent character of strangers.
(B) In rural middle class homes, there is no time to mourn death.
(C) Counter-measures are taken to manage the sharp shift in the trajectory of the lives of the survivors.
(D) Fresh defences are built to protect their dignity.
(E) Hopes are realigned into the shadows of new breadwinners as they learn to cradle an uncertain future on their still soft shoulders.
(a) ABCDE
(b) ABDEC
(c) ACDEB
(d) AECDB
(e) ADCEB

Directions (11-15): In each of the questions given below a sentence is given which is then divided into five parts out of which last part is given bold and correct. There is no error in three out of four remaining parts and therefore only one of the parts is incorrect. You must choose the grammatically incorrect part as your answer. If no part is incorrect, choose option (e) as your answer .i.e. “No error”.

S13. Ans.(c)
Sol. ‘to brought’ will change into ‘to bring’ as ‘to’ will be followed by the first form of the verb according to the grammatical rule

S15. Ans.(c)
Sol. ‘since’ will replace ‘from’ as the victim informed her mother about the happenings since four months