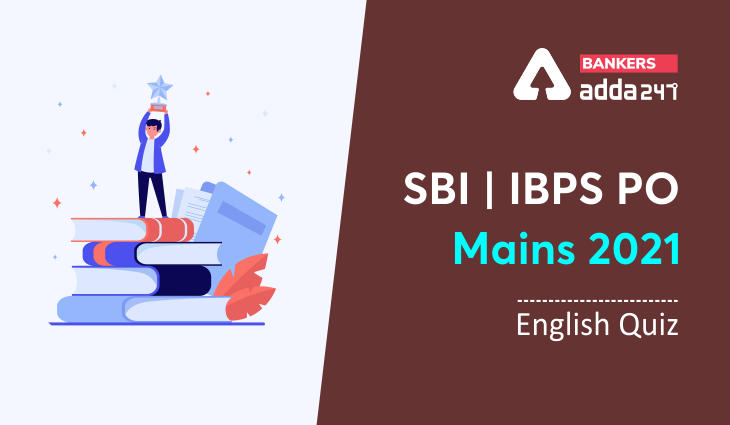 Directions (1-10): Read the given passage and answer the following questions based on the passage.

Viral Acharya made a “famous” speech last year that a government that does not respect institutional autonomy would incur the wrath of financial markets. With some of the proposals presented in the Union budget for 2019-20 on 5 July, the government may have unwittingly rendered itself potentially vulnerable to incurring the wrath of the bond market down the road.

In addition to the proposed borrowing by the sovereign state in foreign currency, India has also liberalized foreign financial flows. Since capital and current accounts have to balance, the materialization of huge capital inflows will feature a concomitant large current account deficit. So, to cap that, pre-emptively, India has resorted to higher import duties (and, maybe, to curbing consumption demand through higher taxes on high income earners). In other words, India has resorted to financial liberalization and trade restrictions. This is the opposite of what a country with weak export potential and performance, and with vulnerability to swings in external capital flows, should do. It must also be noted that issuing sovereign masala bonds to foreign lenders is not a better answer at all.

The second proposal in the budget with potentially far-reaching consequences is the proposal to fund infrastructure through deepening of the corporate bond market, including the market for credit default swaps. At one level, measures to deepen the bond markets, especially on infrastructure financing, are steps in the right direction. The book Economics Of Derivatives, written by T.V. Somanathan and yours truly, has captured the perils of encouraging credit default swaps. It is not a swap. It is an insurance contract. The word “swap” was used to keep the product out of regulatory scrutiny. It played a big role in precipitating and deepening the crisis of 2008. The alternative is the revival of term-lending financial institutions. The excess reserves held by the Reserve Bank of India that the government is seeking could be utilized as capital in new term-lending financial institutions. Armed with the government’s credit guarantee, they can then borrow in capital markets and also seek refinancing from multilateral financial institutions.

India should be more open to foreign trade than foreign finance. As the North East Asian economies have shown, export discipline and export competition are the way to enhance resilience on the capital account. Further, the bitter experience of the South East Asian economies in 1997-98 is that illiberal trade practices and liberal finance will expose the country to the excesses of Financialization, and to the whims of international financial flows. Taking on additional external liabilities amid shrinking global trade volumes and an inadequate export capability is to invite danger. Fixing the latter must come first. Finally, with financial liberalization, India will be exposing itself more than before to the dangers of ___________________________(A)___________________________even if India’s economic fundamentals are solid.

The government’s rationale is easy to understand. In the context of an impaired domestic credit (banking and non-banking) market and stagnant domestic savings, the government has thought it fit to tap foreign savings to provide growth finance. However, India’s financial market challenges are different. On one hand, a significant share of its citizens is financially excluded, and its bank-dominated credit markets suffer from several deficiencies. On the other, pockets of the economy involving asset prices, the attendant leverage, and cross-border capital flows are experiencing an increasing trend of financialization. The measures announced in the budget will exacerbate this trend.

In the past, India has avoided the excesses of financialization because it has been a bank-dominated rather than a capital-market dominated economy. Instead, India’s problem has been the politicization of finance, reflected in the periodic occurrence of bad debts in the banking system, just as the global crisis of 2008 reflected the consequences of the Anglo-Saxon economies’ financialization. Public ownership of Indian banks facilitated their politicization and limited their operational autonomy. Combined with financial repression, it made it difficult to fix accountability on either banks or the regulator. That ought to be the focus of the executive.

Q1. As per the given passage, what decision did India take to abate the imminent current account deficit?
(a) The banking system in India has been politicized as per the recent decision
(b) The import duties have been increased and higher taxes have been imposed on high income earners.
(c) The RBI has decided to lend the extra reserves to the government to deal with the deficit.
(d) The government has borrowed from the global market in the Indian currency.
(e)None of these

Q2. How can the term-lending financial institutions be resuscitated as per the passage?
(a) The masala bonds can be issued to foreign lenders and the exports can be increased by these bonds.
(b) The increase in credit default swaps can lead to financial inclusion.
(c) RBI can deploy the superfluous credit that can be used as the capital for the institutions.
(d) Both (b) and (c)
(e) All of these

Q3. Which of the following phrase/s should fill the blank (A) to make it contextually and grammatically meaningful and correct respectively?
(a) spillovers from the ill-conceived monetary policies of advanced nations
(b) GST being the best example of a tax implemented towards the betterment of the nation
(c) lowered the fiscal deficit target to 3.3 per cent for the current fiscal
(d) Both (a) and (c)
(e) None of the above

Q4. What are the various challenges that the Indian financial market needs to tackle as per the given passage?
(I) Financial exclusion of a vast number of people in the country.
(II) The cross-border capital flows are experiencing plummeted financialization.
(III) Banks are the central institutions that provide credit in the market but are inefficient in several ways.

Directions (6-7): Which of the following is most similar in meaning to the given words as used in the passage?

Q7. Which of the following word is similar to word “concomitant” as used in the passage?

Q9. Which of the following word/s is antonym of the word “resilience” in the passage?
(i) adaptability
(ii) acrid
(iii) vulnerability
(iv) shrewdness
(v) ferocious

Q10. What can be concluded from the given passage?
(a) Financialization has led to the immense growth of financial assets held by institutional investors.
(b) Financial over-liberalization can hurt India that is vulnerable to volatile external capital flows
(c) Financial liberalisation lifted price and quantity controls in domestic financial systems.
(d) The surge in international financial flows global boom was driven by intensifying financialisation forces.
(e) None of these.

S1. Ans. (b)
Sol. As per the lines, “Since capital and current accounts have to balance, the materialization of huge capital inflows will feature a concomitant large current account deficit. So, to cap that, pre-emptively, India has resorted to higher import duties (and, maybe, to curbing consumption demand through higher taxes on high income earners). In other words, India has resorted to financial liberalization and trade restrictions.” option (b) is the decision taken by India. So, option (b) is correct answer choice.
Abate means make (something) less intense.

S2. Ans. (c)
Sol. The lines, “The alternative is the revival of term-lending financial institutions. The excess reserves held by the Reserve Bank of India that the government is seeking could be utilized as capital in new term-lending financial institutions.” informs us that statement (c) is the right answer. Thus, option (c) is correct answer choice.
Resuscitate means make (something) active or vigorous again

S3. Ans. (a)
Sol. As per the line India would be exposing itself more to dangers of “something”. And we need to find that “something”. So, as per option (a) India will exposing itself more to spillovers of poorly implemented monetary policies adopted from the advanced nations. (b) is contradicting the complete line containing (A). Using (c) does not make a grammatically correct sentence. Thus, option (a) is correct answer.

S4. Ans. (c)
Sol. The challenges challenges that the Indian financial market needs to tackle can be inferred from the lines, “On one hand, a significant share of its citizens is financially excluded, and its bank-dominated credit markets suffer from several deficiencies. On the other, pockets of the economy involving asset prices, the attendant leverage, and cross-border capital flows are experiencing an increasing trend of financialization.” The statements (I) and (III) are correct as per the lines. The statement (II) is incorrect because the trends of financialization are increasing not decreasing. Thus, option (c) is correct answer choice.

S6. Ans. (d)
Sol. The word “wrath” as used in the passage means “extreme anger”. And the word “Indignation” is the exact synonym of the given word. “Indignation” means “anger aroused by something unjust, unworthy, or mean”. Hence, option (d) is the correct answer choice.
Bludgeon: a thick stick with a heavy end, used as a weapon
Haven: A place of safety or refuse, sanctum, sanctuary
Gaiety: the state or quality of being light-hearted or cheerful

S7. Ans. (b)
Sol. The word “concomitant” as used in the passage means “something that is found along with something else; accompanying”. Thus, among the given alternatives, (d) “Eventuate” provides the exact meaning of the word contextually. Hence option (b) is the correct choice.
Adamant means impossible to persuade, or unwilling to change an opinion or decision.
Resuscitate means revive (someone) from unconsciousness or apparent death.

S8. Ans. (d)
Sol. The word “perils” means “something that endangers”. The words “menaces” and “pitfalls” have the similar meanings as “perils”. Thus, option (d) is correct answer choice.
Strait means a narrow passage of water connecting two seas or two other large areas of water.

S9. Ans. (a)
Sol. The word “vulnerability” is the antonym of “resilience”. “Resilience” means “the capacity to recover quickly from difficulties; toughness.”. “Adaptability” is the synonym of the given word. Thus, option (a) is correct answer choice.
Shrewdness means in a way that shows sharp powers of judgement; astutely
Acrid means unpleasantly bitter or pungent

S10. Ans. (b)
Sol. The passage given discusses about that Financial liberalisation can have negative impact on the Indian economy. Hence option (b) can be concluded from the given passage.