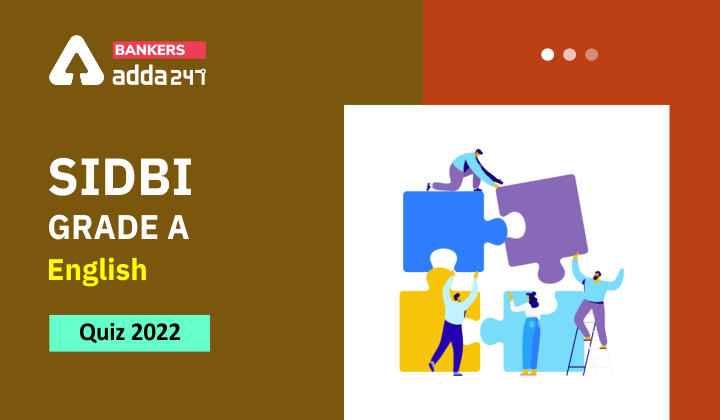 Q1.
(a) A fan invaded the ground during India-Sri Lanka Test at the M Chinnaswamy Stadium in Bengaluru during a break forced by a medical issue to Kusal Mendis.
(b) She always liked to watch a good tearjerker when she was feeling sad so she could have a good cry.
(c) Mumbai has announced a Climate Action Plan to eliminate carbon emissions on 2050.
(d) The man made a potion, but he accidently ruined it with too many harsh chemicals.
(e) All are correct

Q2.
(a) Acting out of civil duty, the voters refused to allow the possibly destructive pipeline to be placed in their city.
(b) A student from Himachal Pradesh, who returned to India from Ukraine, has sought the Central Government’s intervention in helping the students complete their medical degrees in the country.
(c) The plumber was able to wrench the pipe from the wall by twisting it violently with the tools.
(d) Amazon is temporarily relocating employees from a downtown Seattle office amid an increase in violent crime in the area.
(e) All are correct

Q3.
(a) China on Sunday locked down one of its biggest cities with 17 million residents after 66 new COVID-19 infections were reported there.
(b) A military drone that apparently flown from Ukraine and crashed in the Croatian capital, Zagreb, was carrying a bomb, Croatia’s Defence Minister Mario Banožić said on Sunday.
(c) Using a knife, the boy tried to inscribe his name onto the metal table.
(d) The woman worked two jobs in order to remove herself from the mire of poverty.
(e) All are correct

Q4.
(a) A Russian court has ruled that Peppa Pig’s trademarks can be used by Russian businesses without punishment.
(b) World Championships bronze medallist Lakshya Sen lost to world number 20 Kunlavut Vitidsarn in the final at German Open in Mülheim an der Ruhr on Sunday.
(c) Without concerted determination from lawmakers, the bill never become a law.
(d) Congress chief Sonia Gandhi will immediately take up corrective measures to revamp and re-strengthen the party, AICC general secretary KC Venugopal said after Congress Working Committee meeting on Sunday.
(e) All are correct

Q5.
(a) The hybrid plant has features similar to those found in a rose and a carnation.
(b) Minister on Sunday said the state has lost ₹221.17 crore for cybercrimes in the last three years and only 21% of the amount has been recovered.
(c) Hailey’s voice was filled with sarcasm when she congratulated her rival on defeating her in competition.
(d) Sixteen councillors of the Amritsar Municipal Corporation have joined AAP, the party tweeted from its official account on Sunday.
(e) All are correct

Q6.
(a) Russia has notified Instagram users in the country that the service will cease from midnight on Sunday, advising them to move their photos and videos from Instagram.
(b) With your assiduous attempt at learning Spanish, I think you will master the language in no time.
(c) The movie’s plot was so abysmal the critic left the theater after five minutes.
(d) Days after its poll debacle in five states, Congress Working Committee on Sunday decided that Sonia Gandhi will continue as the party president.
(e) All are correct

Q7.
(a) Sanctions imposed on Russia have frozen around $300 billion of $640 billion that Russia had in its gold and forex reserves, Russian Finance Minister Anton Siluanov said on Sunday.
(b) An oligarch is a member of a small group with power.
(c) Ukrainian President said that nearly 1.25 lakh people have been evacuated via humanitarian corridors from conflict zones in Ukraine so till.
(d) Japanese researchers suggested that meteorites that helped form Earth may have formed in the outer solar system.
(e) All are correct

Q8.
(a) Sri Lanka’s President Gotabaya Rajapaksa has called for an all-party conference on March 23 over the current economic situation in the country, according to local media reports.
(b) Russian forces has been accused of using illegal phosphorus weapons in Ukraine.
(c) The identity of an organism is determined by its genetic structure.
(d) A 24-year-old pilot named Mahasweta Chakraborty flew 800 Indian students back to safety amid the Ukraine war.
(e) All are correct

Q9.
(a) The City Council of Ukraine’s Mariupol on Sunday said that the last reserves of food and water are running out amid a Russian blockade.
(b) The detective made an important observation when he noticed the broken glass was outside the window.
(c) India beat Germany 3-0 in a shootout in second match of their two-legged tie as both teams were tied at 1-1 after 60-minute regulation time at FIH Women’s Pro Hockey League in Bhubaneswar on Sunday.
(d) Hong Kong researchers said pet hamsters can pass COVID-19 to humans and that them were most likely responsible for city’s Delta variant outbreak.
(e) All are correct

Q10.
(a) Russian President Vladimir Putin is suffering from “roid rage” possibly from a steroid treatment for cancer, reports said quoting intelligence sources.
(b) Potential energy is a core concept of any physics-based discussion, and one of the most influential variables in the formulas that describe our known universe.
(c) Team India wicketkeeper-batter Rishabh Pant has set the record for smashing the fastest fifty by an Indian in Test cricket history, achieving the feat off 28 deliveries against Sri Lanka in the Day-Night Test in Bengaluru.
(d) The patient must wean his body off alcohol before he can leave the hospital.
(e) All are correct

Q11.
(a) Chinese scientists have built a “artificial moon” research facility that will enable them to simulate low-gravity environments using magnetism.
(b) The princess continued to wave to the crowd from the top of her castle.
(c) Quantum mechanics is a subfield of physics that describes the behaviour of particles — atoms, electrons, photons and almost everything in the molecular and sub molecular realm.
(d) Ex-India captain Virat Kohli’s Test average has dropped below 50 for the first time after 40 matches and over four years.
(e) All are correct

Q12.
(a) Russian agents threatened Google’s top executive last year to remove an app designed to help register protest votes against President Vladimir Putin within 24 hours, or risk going to prison, The Washington Post reported.
(b) The Bengaluru Traffic Police have issued an advisory for parking of vehicles near the M Chinnaswamy Stadium in view of the India-Sri Lanka match till March 16.
(c) By creating ice from tiny droplets only a few hundred molecules in size, researchers have pushed water’s freezing point lower than ever before and changed what we know about how ice forms.
(d) Winning Teacher of the Year was a watershed moment in my career.
(e) All are correct

Q13.
(a) Scientists from New Zealand, Japan said unusual toothpick-like marks on teeth of wild Japanese monkeys may have significant implications on human evolution.
(b) The kind girl cared about her own health as well as the well-being of the others around her.
(c) Culture is the characteristics and knowledge of a particular group of people, encompasses language, religion, cuisine, social habits, music and arts.
(d) US Environmental Protection Agency (EPA) on Friday proposed stringent rules to control and lessen interstate smog pollution from power plants and industries
(e) All are correct

Q14.
(a) The price of the ice cream depends on its weight and the heavy of the toppings.
(b) The Blue Blob is an undefined area of the North Atlantic Ocean located south of Iceland and Greenland.
(c) The Gurugram Metropolitan Development Authority (GMDA) plans to launch a pilot project of on-street paid parking in the city in an effort to resolve the parking woes, officials said.
(d) A buffet was laid out for nearly 60 elephants in Thailand’s eastern Chonburi province on Sunday as country marked its annual ‘Elephant Day’.
(e) All are correct

Q15.
(a) Sustainable products, including leaf tableware and vegan coffees, were displayed at ‘The Business Women Expo 2022’, which is being held in Hyderabad.
(b) A weird little sound coming from the vent scared the curious children back into their rooms.
(c) Maharashtra Environment Minister Aaditya Thackeray on Sunday announced detailed plans to make Mumbai a net-zero carbon emitter by 2050, making it the first South Asian city to do so.
(d) Rough speaking, the Middle East encompasses the Arabian peninsula as well as the eastern Mediterranean.
(e) All are correct

S2. Ans (a)
Sol. The error lies in sentence (a).
Civic will replace civil.
Civic is an adjective which describes an object or person as having to do with a city or town, or that the object was created or came from a city or town.
Civil is an adjective describing an object or a person relating to citizenship or a citizen (i.e., a member of the community) as opposed to the military or church leadership.

S3. Ans (b)
Sol. The error lies in sentence (b).
Flew is the correct form of tense to be used here.

S4. Ans (c)
Sol. The error lies in sentence (c).
The sentence is lacking the presence of will.
Hence, it will be: the bill will never become a law

S5. Ans (b)
Sol. The error lies in sentence (b).
Lost to is the right usage. It means something that has been taken away or cannot be recovered.
Hence, the correction is: …..the state has lost ₹221.17 crore to cybercrimes….

S6. Ans (e)
Sol. All of the given sentences are grammatically and contextually correct.

S8. Ans (b)
Sol. The error lies in sentence (b).
Have been is the correction to be made since the noun (Russian forces) is plural.

S9. Ans (d)
Sol. The error lies in sentence (d).
‘They’ is the right choice of pronouns to be used making it: that they were most likely responsible for city’s Delta variant outbreak.

S10. Ans (e)
Sol. All of the given sentences are grammatically and contextually correct.

S11. Ans (a)
Sol. The error lies in sentence (a).
An is the article to be used with artificial.

S12. Ans (e)
Sol. All of the given sentences are grammatically and contextually correct.

S13. Ans (c)
Sol. The error lies in sentence (c).
Encompassing is the right word to be used and it means to include several different things.

S14. Ans (a)
Sol. The error lies in sentence (a).
Heavy should be replaced with heaviness.

S15. Ans (d)
Sol. The error lies in sentence (d).
The correction to be made is roughly speaking.