Q1. Telangana has split from Andhra Pradesh to become the newest 29th State of India on 2nd June 2014 with Hyderabad as the shared capital. Who has become Telangana’s first Chief Minister?
(a) K Chandrashekhar Rao
(b) N Chandrababu Naidu
(c) Y S Rajasekhara Reddy
(d) Siddaramaiah
(e) None of the above

Q3. Raul Castro is the current President of which country?
(a) Ghana
(b) Cuba
(c) Peru
(d) Latvia
(e) Nauru

Q4. Sushil Kumar Solanki is famous in which of the following field?
(a) Politics
(b) Art and Living
(c) Film and Television
(d) Author
(e) None of the above

Q5. The Association of Southeast Asian Nations (ASEAN) is a political and economic organisation of ten member countries. Where is the headquarter of ASEAN?
(a) Bangkok, Thailand
(b) Phnom Penh, Cambodia
(c) Naypyidaw, Myanmar
(d) Jakarta, Indonesia
(e) Hanoi, Vietnam

Q7. The Duleep Trophy is a domestic first-class competition played in India between teams representing geographical zones of India. Duleep Trophy is related to which of the following game?
(a) Football
(b) Tennis
(c) Badminton
(d) Cricket
(e) Golf

Q9. N. Biren Singh is the Chief Minister of which of the following state?
(a) Assam
(b) Mizoram
(c) Manipur
(d) Tripura
(e) Nagaland

Q10. Iran is an Islamic republic on the Persian (Arabian) Gulf with historical sites dating to the Persian Empire. What is the currency of Iran?
(a) Dinar
(b) Som
(c) Afgani
(d) Dirham
(e) Rial

Q11. The head quarters of world trade organisation is in …?
(a) Montreal
(b) Seatle
(c) Geneva
(d) The hague
(e) None of the above

Q13. Headquarter of National Housing Bank(NHB) is in which of the following city?
(a) New Delhi
(b) Kolkata
(c) Mumbai
(d) Banglore
(e) Nagpur 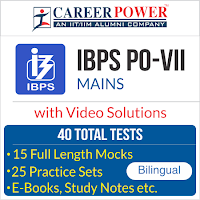