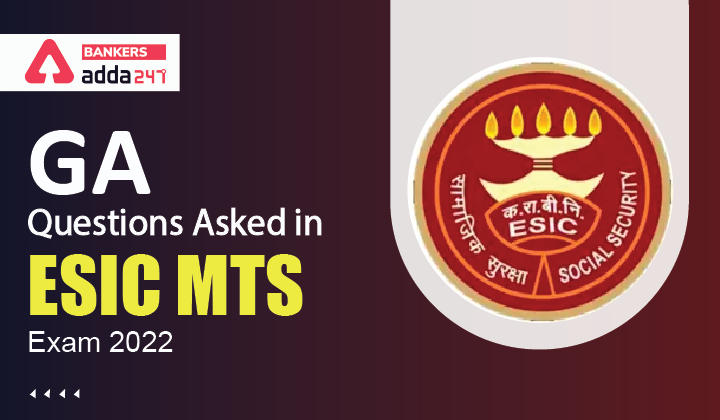 GA Questions Asked in ESIC MTS 2022: The Employees’ State Insurance Corporation has successfully conducted the ESIC MTS 2022 2 shifts on 7th May 2022 and most of the students seemed very happy and confident after the exam. There was a total of 25 questions were asked from the general awareness section in the ESIC MTS Phase 1 Exam 2022. All of you know that the general awareness section helps you to achieve a good score in terms of overall marks, in this article, our team has collected the GA Questions Asked in the ESIC MTS Exam 2022 given below.