Access to All Banking Exams Courses!
Buy Now
READ ON APP
Home Uncategorized General Awareness Questions for SBI PO
Facebook
Twitter
Google+
Pinterest
WhatsApp
February 26, 2017
Dear Readers,
As we all know SBI PO is here and we are ready with the 80 days plan in which we provide you daily quizzes on new pattern questions with different topics that will help you to go through this exam.
So, here we are with the General Awareness Questions which will help you in SBI PO mains.

Q1. In which among the following state Sadguru Sri Thyagaraja Aradhana festival has been observed every year?
(a) Kerala
(b) Maharashtra
(c) West Bengal
(d) Madhya Pradesh
(e) Tamil Nadu

Q3. Name the person, who known for his movie “Limit to Freedom” has won a National award in 1996 under the category of best investigative film, has passed away recently?
(a) Yashpal Singh
(b) Mohan Mishra
(c) Deepak Roy
(d) Aruna Devi
(e) Pawan Kumar

Q5. Stock exchange securities do not include?
(a) Debentures certificates
(b) Small debentures issued by port trusts
(c) Government promissory notes
(d) Reverse Repo Rate
(e) None of the given options is true

Q10. Which country has sold two naval ships to Pakistan to protect the strategic Gwadar port and trade routes under the USD 46 billion?
(a) USA
(b) Japan
(c) Israel
(d) Russia
(e) China

Q12. SEBI has tightened the norms associated to Mergers and Acquisitions (M&A) of Indian companies. The public shareholding of the resultant entity created by the merger of an unlisted and a listed company has to be more than………?
(a) 50 percent
(b) 02 percent
(c) 25 percent
(d) 15 percent
(e) None of the given options is true 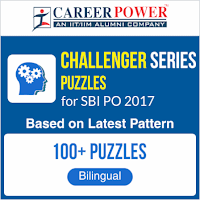