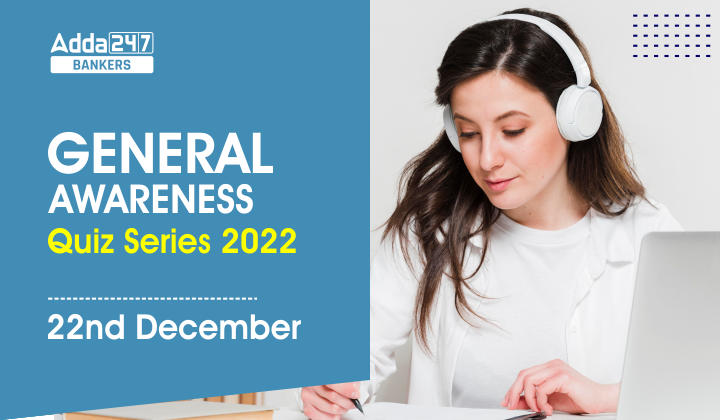 General Awareness Quiz Series 2022: 22nd December: Hello Students, General Awareness is an essential part of all government exams. It’s better to prepare this section daily and revise the same using the factsheet provided. Bankersadda team has brought you up a new series in which we will come up with 10 questions and answers, other options of the question have related news to them. So don’t miss reading the solutions

Q1. Match the names of the brands and product launched by the Indian Government

Which of the statements are correct?

(a) Bank of Baroda

Q5. Fit at any age is written by

(a) Commodore Ranjit B Rai (Retd)

Q7. Which bank has over taken Globalcom IDC Ltd due to non payment of dues?

(d) Consortium of these three.

Q8. What is the percentage increase of currency by volume since demonetization?

Q9. How many sun temples are there in India?

A surety bond is a legally binding tripartite agreement signed between the principal, obligee and the surety. Simply put, the surety is provided by an insurance company on behalf of a principal or contractor to the obligee or government entity awarding the project.

Surety bonds, thus, also provide an inlet for the insurance sector into the area of project financing.

“Firstly, they are more unsecured than bank guarantees and are provided largely based on the contractor’s track record and financial health, whereas bank guarantees typically require a modicum of tangible security. Two, surety bonds tend to be in force for the life of the project, while bank guarantees have to be renewed periodically.”

State-owned Bank of Baroda (BoB) said it plans to sell its majority stake in Nainital Bank.

A book titled, ‘The Indian Navy@75 Reminiscing the Voyage’ by Commodore Ranjit B Rai (Retd) and defence journalist Aritra Banerjee.

Unakoti of Tripura has applied for a United Nations Educational, Scientific and Cultural Organization (UNESCO) world heritage tag to preserve lakhs of Shaivite rock carvings, figures, and images of gods and goddesses.

Reliance Communication’s (RCom) enterprise business, Globalcom IDC Ltd, has been taken over by Axis Bank, due to the non-payment of dues.

Three new cultural sites in India, including the iconic Sun Temple at Modhera, historic Vadnagar town in Gujarat, and rock-cut relief sculptures of Unakoti in Tripura, have been added to the tentative list of UNESCO world heritage sites

The Prime Minister, Shri Narendra Modi has expressed deep grief over the demise of renowned Gamaka exponent and Padma Shri awardee, H.R Keshava Murthy. Gamaka, also known as kaavya vaachana, is a form of storytelling by singing that originated in Karnataka, India