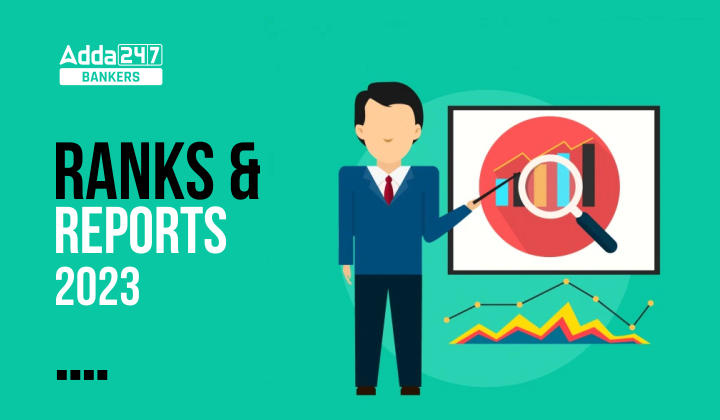 Recent in News updated on 11 January

According to the latest Henley Passport Index, Japan has retained its position as the most favourible passport in the world, allowing visa-free entry to 193 global destinations. which the country tops for the fifth consecutive year. Singapore and South Korea came in a joint second on the ranking, followed by Germany and Spain, and then a slew of other European nations.

Delhi was the most polluted city in India in 2022 with PM 2.5 levels more than double the safe limit and the third highest average PM10 concentration, according to an analysis of Central Pollution Control Board data

Power Grid Corporation of India Limited (POWERGRID) has been ranked 1st in Services Sectors across categories Gross Block, Value Addition, Net Profit, Net Worth, Dividend Declaration, and Contribution to the Central Exchequer and has also been ranked 3rd among the Top 10 profit-making Closes.The results were published in the Public Enterprises Survey 2021-2022 by the Department of Public Enterprises (DPE), Ministry of Finance, Government of India

Cuisines of the World: India is ranked fifth on the global list of the best cuisines for 2022, according to Taste Atlas.

India’s badminton star, PV Sindhu is the only Indian sportsperson to feature in the top 25 of Forbes’ annual list of the world’s highest-paid female athletes.

Bollywood superstar, Shah Rukh Khan has become the only Indian to be named in an international list of 50 greatest actors of all time by a Empire British magazine.

Social Progress Index (SPI) for States and Districts made by the Institute for Competitiveness and Social Progress Imperative was submitted to Economic Advisory Council- Prime Minister and released.

Union Minister for Science and Technology, Jitendra Singh has revealed that India had jumped from 7th to 3rd in global scientific publications and scholarly output, according to a report by America’s National Science Foundation.

The United Nations has recognised the Namami Gange initiative to rejuvenate India’s sacred River Ganga as one of the top 10 World Restoration Flagships to revive the natural world. The award was received by G Ashok Kumar, Director General, Namami Gange, at the 15th Conference of the Convention on Biodiversity (CBD) in Montreal, Canada.

In various competitive exams like Bank Po, Bank Clerk, Regulatory bodies: RBI Grade B, SEBI Grade A, SSC CGL, State PCS exam; recent ranks and reports are asked. This article is regularly updated so that students can have all the awards at one place. Bookmark it for revision purposes.

A total of 1,668 Journalists have been killed worldwide with murders, contract killings, ambushes, war zone deaths, and fatal injuries in last two decades. report from Reporters without borders

YouTube creators contributes over Rs 10,000 cr to India’s GDP: According to YouTube, its creative ecosystem supported more than 750,000 full-time equivalent jobs in India in 2021.

The Union Minister of Housing and Urban Affairs, Hardeep Singh Puri launched draft guidelines for a new ranking system of cities based on finance and beauty.

Three new cultural sites in India, including the iconic Sun Temple at Modhera, historic Vadnagar town in Gujarat, and rock-cut relief sculptures of Unakoti in Tripura, have been added to the tentative list of UNESCO world heritage sites.

A study report, titled ‘Carbon Capture, Utilisation, and Storage Policy Framework and its Deployment Mechanism in India’, was released by NITI Aayog. The report explores the importance of Carbon Capture, Utilisation, and Storage as an emission reduction strategy to achieve deep decarbonization from the hard-to-abate sectors. The report outlines broad level policy interventions needed across various sectors for its application.

Google has released its “Year in Search 2022” report, which highlights the topics that generated the most interest and were most frequently searched :IPL most searched in India and Wordle in the world.

How to read important reports in news?