Directions (1-5): Study the following information carefully to answer the given question.
There are eight members i.e. M, N, Q, A, R, O, B and P in a family having three generation and all are related to Q in a certain way and there are only two married couple in the family. They all are sitting around a circular table such that all are facing towards the centre. Q sits third to the left of his mother-in-law, who sits second to the left of sister of R. N is unmarried. O has only one son. B is the grandson of A, who sits third to the right of N, who is the aunt of B. O is the mother of R. M is the mother-in-law of P and sits on the immediate left of brother in law of Q. N is the only daughter of M. A and O is not the married couple. Son of Q sits third to the right of Q’s brother-in-law. R is not married. N is not the immediate neighbour of P.
Q1. How is O related to Q?
(a) Mother
(b) Father
(c) Grandmother
(d) Mother-in-law
(e) None of these

Directions (6-8): Study the following information and answer the questions given below:
There is a figure provided in the question given below which consist of a square composed of four triangles. Some operations are performed to convert the input figure into the output figure. 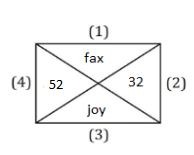 Q6. How many meaningful words of six letter words can be formed by combining the letters of the output figure?
(a) Four
(b) Two
(c) Three
(d) One
(e) None

Direction (15): In the following question a statement is given followed by two more statements numbered as I, II and III. You have to read both the statement and decide which of the given assumptions follows the statement.
Statement: “SSC aspirants are fade up with Paper leak and most of them have decided to start preparing for banking field.”- An article published in The Hindu.
Assumption:
(I) SSC has not taken any corrective measures to stop paper leak.
(II) There will be no paper leak in case of banking examination.
(III) There is a great future in banking field.
(a) Only II follows
(b) Both I and III follow
(c) Only III follows
(d) Both I and II follow 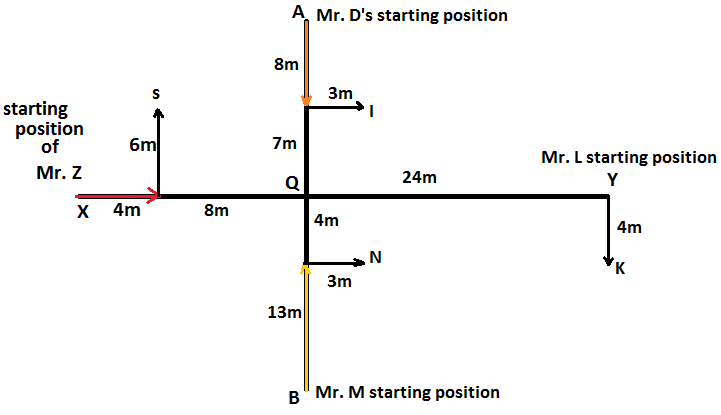 S15.Ans.(d)
Sol. For I: Yes, it can be assumed as it is mentioned clearly in the statement that SSC aspirants have decided to move towards banking field after getting fade up by paper leak of SSC, it means clearly that SSC management has not taken any proper action.
For II: Yes, it can be assumed as aspirants move to banking field by supposing that there will be no paper leak in banking examination.
For III: No, It cannot be assumed because this is regarding career in banking field which is not discussed in statement.