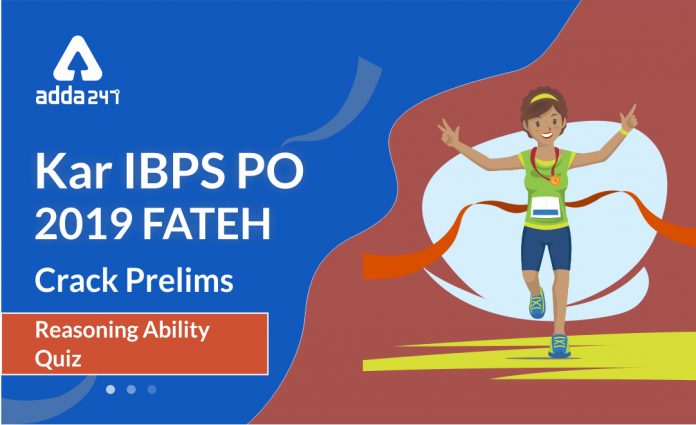 The reasoning being the scoring part can enhance your performance as a whole. All you need to do is clear your basics and be aware of the syllabus of the particular exam you are preparing for. Study Notes for the topics like Puzzles, Coding-decoding, sitting arrangement, blood relations, and the list is long is provided on Adda247, so that you can make the preparation time fun by cracking the logic that runs the engine of a particular topic. Giving mocks and Quizzes on a regular basis will help you to decode the strategy. Also, the Study Plans go hand in hand with the exam preparations that will take place in the upcoming months. Like the IBPS PO Prelims are scheduled in the month of October and we already rolled the study plan ‘Kar IBPS PO 2019 FATAH’ for your aid. Under the same plan, here is the Quiz for Reasoning, to make sure that you don’t skip any important topic as well as be prepared to face any type of questions in the prelims. IBPS PO Reasoning Quiz of 22nd September 2019 covers Miscellaneous Topic. 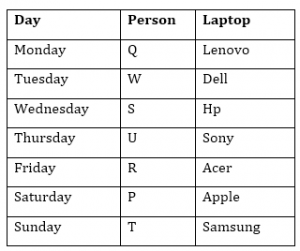 Directions (11-13): Study the following information carefully and answer the questions.
In a certain code language, 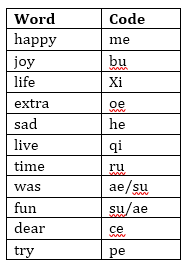 Q14. Statements:
Some apple are Papaya
No apple is Mango
All Mango is litchi
Conclusion:
I: Some papaya are not Mango
II: Some litchi are mango 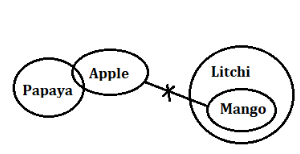 Q15. Statements:
All Box are Bottle
All Bottle are cards
Some cards are mobile
Conclusion:
I: Some mobile are Bottle
II: All cards are bottle 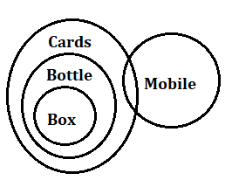 If you are preparing for IBPS PO Exam, then you can also check out a video for Reasoning below:

Reasoning Questions Based on Inequality