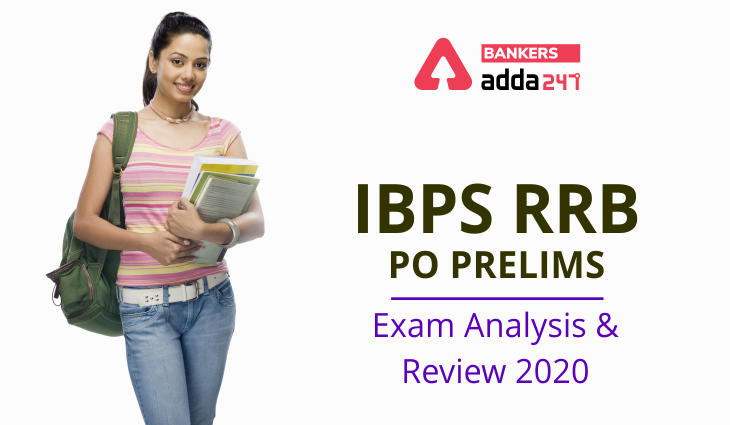 This year IBPS has conducted the IBPS RRB PO Prelims exam again through the supplementary notification and here we are presenting to all our readers the detailed exam analysis and review of today’s IBPS RRB Officer Scale-I Prelims Exam 2020. The previously held IBPS RRB PO Prelims exam, that took place on 12th September was of easy to moderate level and today’s exam is of moderate difficulty level.

Due to COVID-19 pandemic, there was a nationwide lockdown, which led to delay in the results of many final year graduates of 2020. The IBPS RRB Officer Scale-I notification that was released in the month July, had such eligibility criteria that did not facilitate this year’s graduates as their results were still pending. Hence considering these special circumstances and on demand of students, IBPS considered the situation and released a supplementary notification which allowed all such students and even those who missed applying previously to apply for IBPS RRB even after the prelims was conducted in September. Thus, today i.e. on 31st December IBPS has conducted the supplementary prelims exam and here we are providing you with section-wise detailed exam review, good attempts and questions asked in IBPS RRB PO Prelims Exam 2020.

The difficulty level of questions asked in IBPS RRB Officer Scale-I Exam was moderate. Students had to face difficulty due to the exam interface. English was the default language set in the exam, and all students had to choose one language from the drop-down menu that included the regional languages designated for that state before starting the exam. Now due to this, during the exam, the questions and options appeared in both English and the selected regional language, and this increased the scrolling time and reading time per question. Many students reported that they faced a lot of inconvenience due to this and the speed of the computer allotted to them.

The following are the details of the topic asked in each section along with number of questions and the difficulty level.

The level of questions asked in the quantitative aptitude section was also moderate. 3 Sets of DI were seen in the examination- Tabular DI, Line Graph and Caselet.

Q. How many sections were there in the IBPS RRB PO Preliminary Exam 2020?
And. There were 2 sections- Reasoning and Quantitative Aptitude.