Reasoning Ability is a crafty section. It eventually affects the number of question one can usually attempt. But this section is based on logic and rules can be aced if practised well enough. The only way to achieve this ambitious goal is by practising continuously with dedication. So to prepare you with best tools for the finals, here is today’s Reasoning Quiz based on the study plan and the exact same pattern of questions that are expected to be asked in IBPS RRB PO and Clerk Exam.

None
One
Two
Three
More than three
Solution:
Q# , G%, P$
Q2. Four of the following five are alike in a certain way based on their positions in the above arrangement and so form a group. Which is the one that does not belong to that group?

A
P
$
9
T
Q5. How many such consonants are there in the above arrangement, each of which is immediately preceded by a number and immediately followed by a symbol?

None
One
Two
Three
More than three
Directions (6-10): Study the following digit-letter-symbol sequence carefully and answer the questions given below:
C % B K 1 & A W 5 P E 4 Q @ 7 F 6 G © Z J L 2 € D ¥ M # 8
Q6. How many such symbols are there in the above sequence, each of which is immediately preceded by a consonant and immediately followed by a number?

None
One
Two
Four
None of these
Q7. Which of the following is fifth to the left of 15th element from the left?

S
P
E
#
None of these
Q8. If all the numbers are dropped in the given series, then which element will be at sixth position from right end?
Z
M
L
D
None of these
Q9. How many such numbers are there in the above sequence, each of which is immediately preceded by a vowel and immediately followed by a consonant? 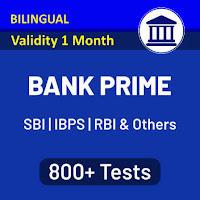