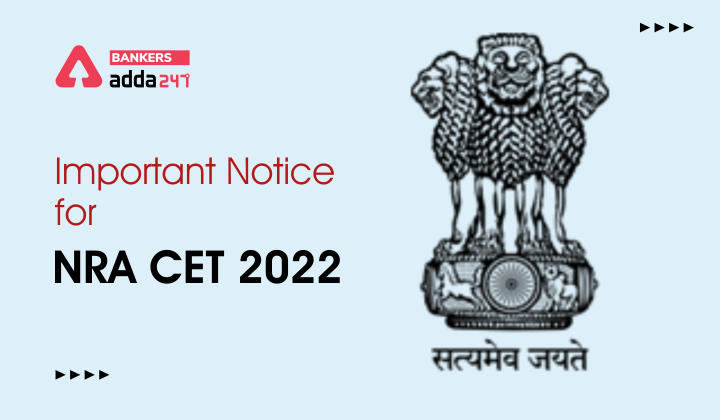 NRA CET Notification 2022: A PIB Press Release that has been in circulation since yesterday i.e. 23rd May 2022 is found to be fake. Some unethical elements spread this news through social media platforms in the name of the Press India Bureau. Today on 24th May 2022, from the official Twitter handle of PIB Fact Check it has been made clear that the whole circular is fake and the committee hasn’t recommended any such changes regarding NRA CET. Candidates can check the image of the official tweet made by PIB 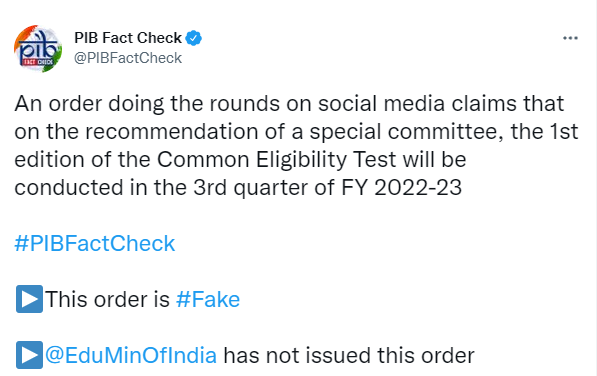 In the previous circular it was claimed that the committee which has been set up to give their recommendations on NRA CET 2022 has recommended conducting the common eligibility test for non-gazetted posts excluding all gazetted posts of the government of India and the probationary officer in the public sector banks. It was also claimed that the committee has announced the exam date and the NRA CET 2022 exam pattern but PIB has made it clear that the circular is fake. So whatever information given below was on the basis of this circular which is found to be fake so candidates are advised to not pay attention towards it. 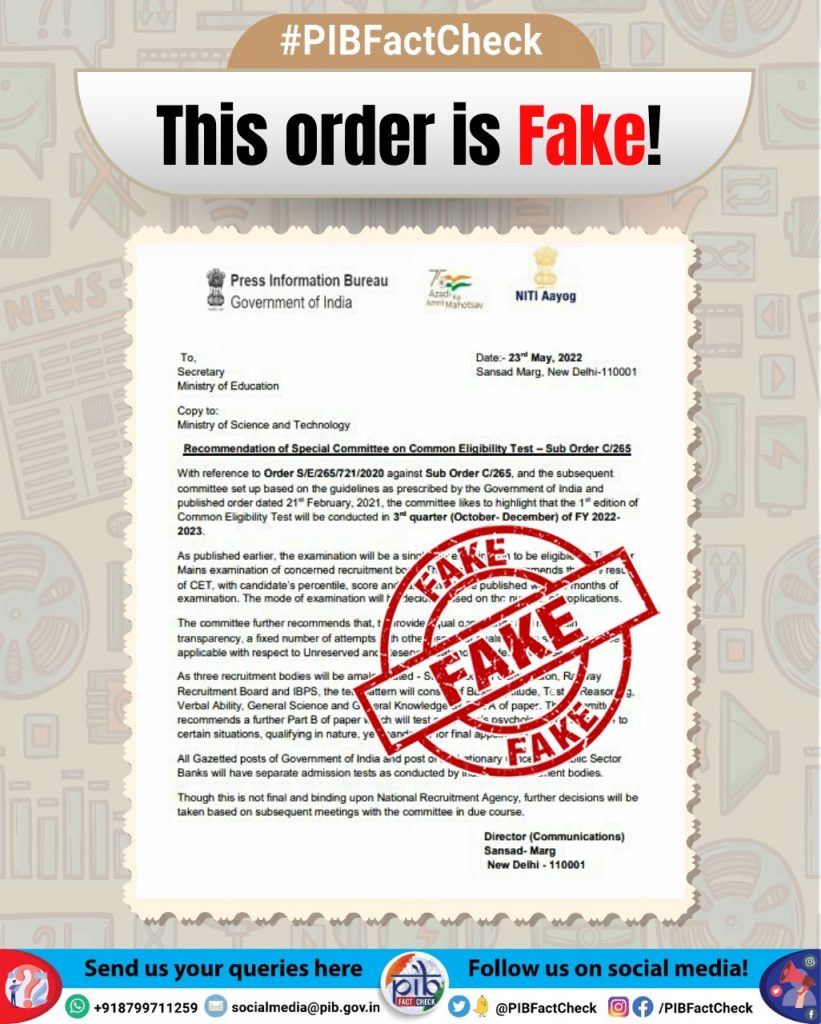 As per the latest update, the 1st edition of the Common eligibility test is going to be conducted in the 3rd quarter of the financial year i.e. October to December 2022. The committee recommends that the result of CET with candidates’ percentile, score and rank should be published within 6 months of examination.

NRA CET examination will be conducted in two tier which means, candidates have to clear the tier 1 exam to attempt the tier 2 exam.  The exam pattern will consists of Reasoning, Basic Aptitude, Verbal Ability, General Science, and General Knowledge in the Part A and candidate’s psychology and response to certain situations, qualifying in nature in Part B. However the mode of the examination will be decided on the number of applications.

To maintain the transparency and provide equal opportunity, the committee has decided a fixed number of attempts with other essential qualifications must be made applicable for the unreserved and reserved category students.

A press release has been released by the Ministry of Personnel on 22nd May 2022 on the official website of PIB @https://pib.gov.in/, Public Grievances & Pensions announcing that there will be a Common Eligibility Test (CET) for recruitment to Non-Gazetted posts from this year, and the first such test is being scheduled to be conducted before the year-end. This is such a big relief for all the students who were having a lot of doubts regarding the conduction of NRA CET 2022. Finally, the government is showing a will to step further in the initiative taken earlier. Keep reading this article to check the official press release of the NRA CET 2022.

Dr Jitendra Singh said, the Common Entrance Test is a path-breaking reform carried out by the DoPT to bring about “Ease of Recruitment” for young job aspirants and it will prove to be a major boon for youth, especially those living in far-flung and remote areas. He said the historic reform will provide a level playing field to all the candidates, regardless of his or her background or socio-economic status. There will also be a huge benefit to women and Divyang candidates and for those who find it financially unaffordable to appear for multiple tests by travelling to multiple Centres. Initially the test will be conducted in 12 languages including Hindi and English and will later on add all the languages mentioned in the 8th Schedule of the Constitution, the Minister added. Candidates can check the official press release by clicking on the link given below. 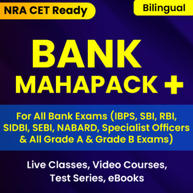 Q1. What is the NRA CET 2022 Latest Update Regarding Exam?
Ans As per the latest update the NRA CET circular is found to be fake

Q.2 Is it confirm now that there will be no NRA CET in 2022?
Ans No we can’t say anything now about it but whatever was their in the circular is not true