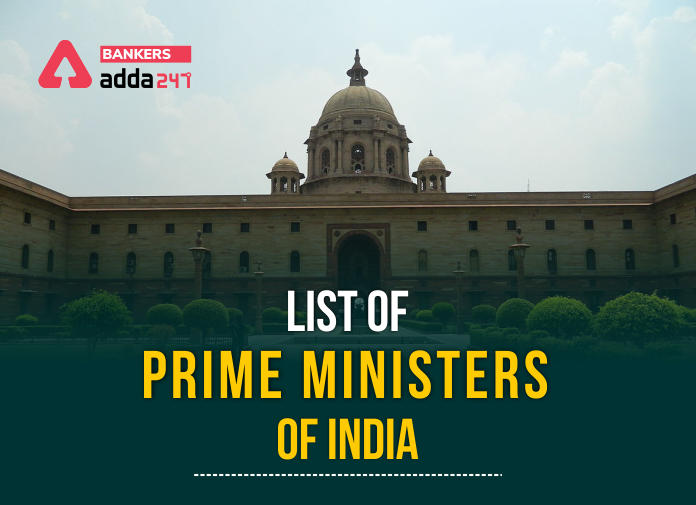 Till now, the people of India have elected 15 Prime Ministers in India. Here, in this article we will discuss the list of Prime Minister of India (from 1947- present): List of Prime Ministers of India: In Brief Information

In the year 2004, Mr. Manmohan Singh became the 13th PM of India who was the first Sikh PM of Independent India. He was re-elected in the 2009 election till the 2014 general election. He was also the first PM after Jawarharlal Nehru in INC who completed his full five years tenure.

In 1996, Atal Bihari Vajpayee became the PM till 2004 and was re-elected twice in between. During his tenure, he carried out the Pokhran-2 nuclear test in 1998.

He was elected as the 12th prime minister of India, I K Gujral was a participant of the Quit India Movement under Gandhi Ji leadership. He was also a Rajya Sabha member as well as a Lok Sabha member.

Haradanahalli Doddegowda Deve Gowda was elected as the 11th Indian PM and he had also held the office of the Karnataka chief minister from 1994 to 1996.

He was elected as the 9th PM of India in 1991. He was first belonging to the southern part of the region and remained in office till 1996.

He was elected as PM in the year 1990 but remained in the office for less than a year.

Vishwanath Pratap Singh was the seventh prime minister of India. He was elected as the PM in the year 1989 but was in the office for less than a year.

After the death of Indira Gandhi in 1984, her son Rajiv Gandhi became the Prime Minister of India. While Campaigning for the 1991 election, he was assassinated by a suicide bomber of LTTE.

In the 1977 general election, Morarji Desai became the PM who was from the Janata party but had to leave in 1979. He became the first Non-Congress Prime Minister of India in the year 1997.

In 1964, he took the position of prime Minister of India. He led the country during the India-Pakistan war in 1965 which was formally ended with the Tashkent Agreement in 1966. After this, he died in Tashkent because of a cardiac attack.

How Prime Minister is Elected in India?

1) The candidate must be a citizen of India.

2) The candidate should either be a member of the Lok Sabha (Lower House or House of the people) or the Rajya Sabha (Upper House).

3) If he/she is a member of the Lok Sabha then he/she should be at least 25 years old but If the candidate is a Rajya Sabha member, then he or she must be 30 years of age.

4) The President holds the power to appoint a person as the Prime Minister who is a member of neither of the Parliamentary House.

5) It is required that the candidate must be a member of the political party or coalition which has garnered majority votes in the Lok Sabha.

6) The selected candidate must not hold any office of profit under the Indian government or government of any other state.

7) It is of utmost importance that the candidate should not hold any criminal charges proved in any court of justice in India.

What is the Role of Prime Minister?

1) It is the Prime Minister who advices the  President of India to appoint the council of ministers.

2) The tenure of the Prime Minister is initially for a period of five years but the candidate can stay in the power as long as he or she holds majority support in the Lok Sabha.

3) It is the Prime Minister who conducts and presides over the Cabinet meetings and its proceedings.

4) It is the responsibility of the Prime Minister to distributes various portfolios among the ministers some of which include defence, home affairs, finance, railways, agriculture, law, and justice.

5) The Prime Minister also has the power to change the departments allotted to the ministers at any time.

6) The Prime Minister is the real head of the nation and takes all the necessary steps in all sectors of the nation.