Directions (1-4): In the given pie chart, In state Bank of India there are two types of accounts NRE account and NRO account which can be opened by a foreigner.
These pie charts shows the percentage wise breakup of these accounts spend in a given year. There are 4 quarters in a year and graph shown the information about three quarters 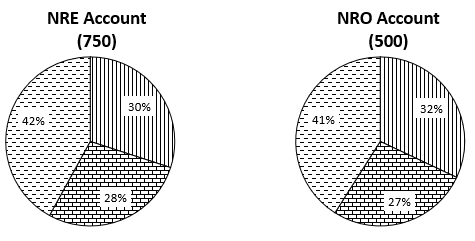 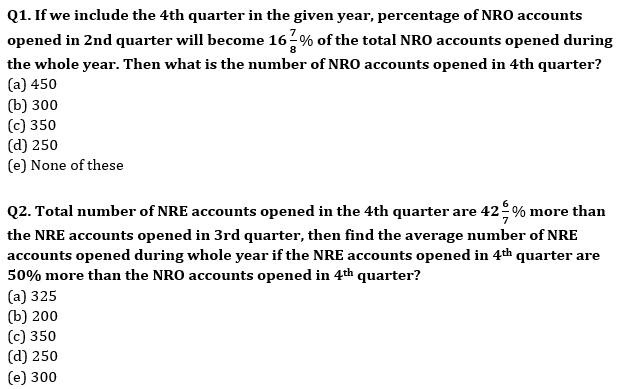 Directions (5-8): Study the graphs given below and answer the questions based on the given information. 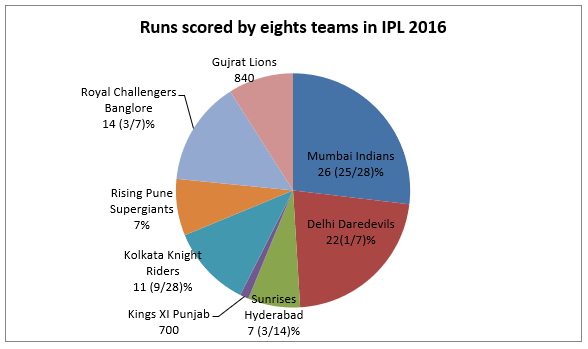 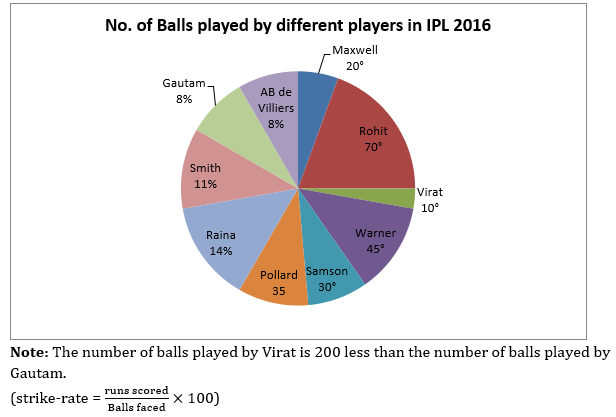 Q7. The number of balls faced by Smith, Raina, Warner and Maxwell is what percent more/less than the average number of runs scored by Royal Challengers Banglore, Sunrisers Hyderabad, and Delhi Daredevils together? (approximate)
(a) 25%
(b) 34%
(c) 13%
(d) 24%
(e) 27%

Directions (9-12): Study the following pie-graphs and answer the questions based on the information given in it.
(Note: A person books a single room for himself/herself unless stated otherwise)
Given below is the no. of people who booked rooms in different hotels. Some values are given as absolute data and same as given as percentage. 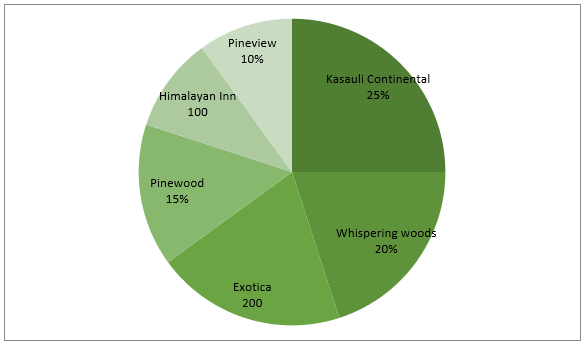 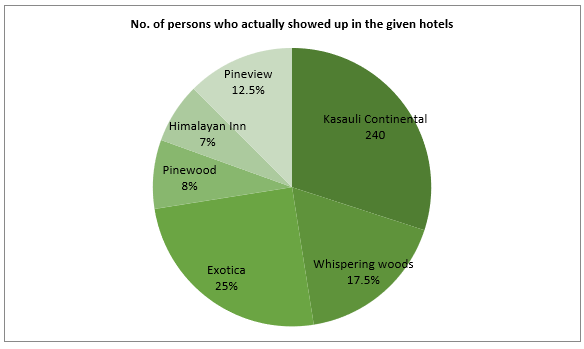 Q15. If amongst other countries, Switzerland, accounted for 25% of the Indian tourist traffic, and it is known from official Swiss records that a total of 25 lakh Indian tourists had gone to Switzerland during the year, then find the number of 30-39-year-old Indian tourists who went abroad in that year.
(a)18.75 lakh
(b) 25 lakh
(c) 50 lakh
(d) 75 lakh
(e) 80 lakh 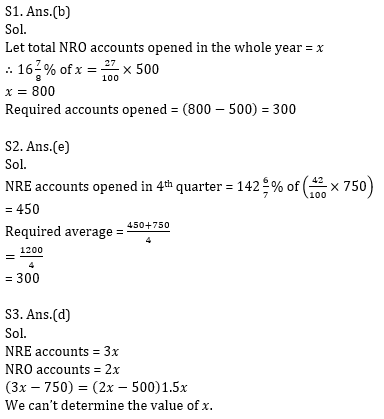 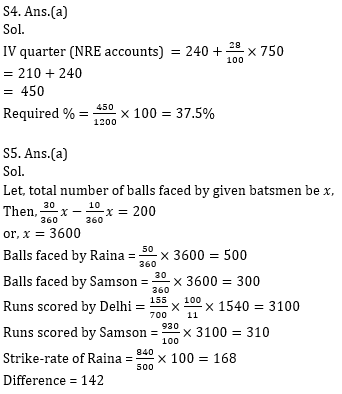 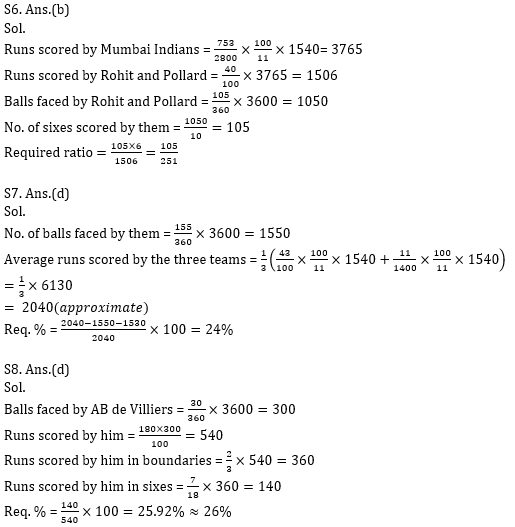 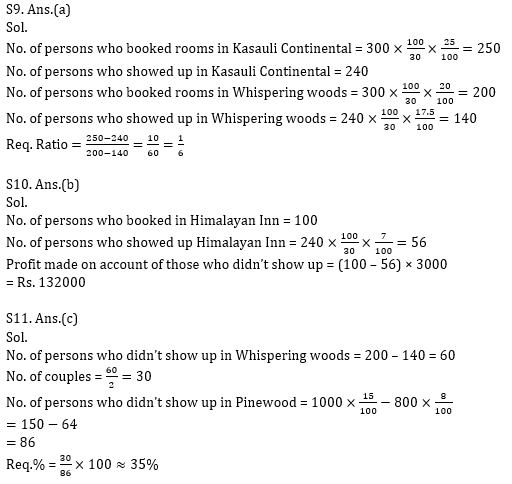 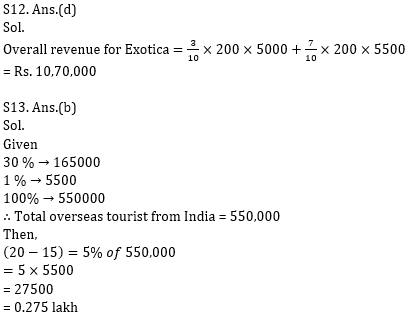 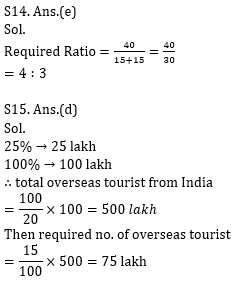