(Note: (1) Number of accounts opened in each branches are equal in each cities
(2) All branches opened only two types of accounts saving and Current.

Directions (5-9): calculate the approximate value of given questions : 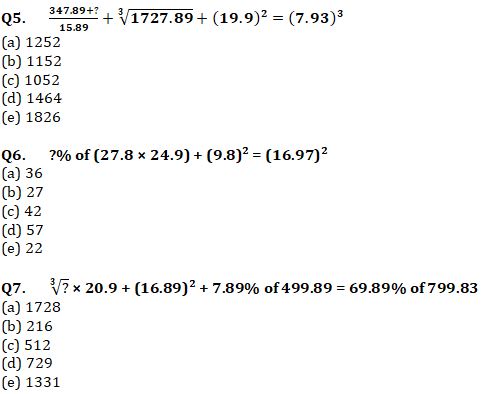 Q10. Total distance between Delhi to Lucknow is 480 km. A train starts running with an average speed of 60 km/hr from Delhi to Lucknow while another train starts Journey after 120 minutes of first train and reaches Lucknow 30 minutes before first train. If first train stops for 5 minutes on each station and second train did not stop at any station ,then find the ratio between speed of first train to speed of second train given that total number of station between Delhi and Lucknow are nine.?
(a) 25 : 33
(b) 25 : 32
(c) 35 : 25
(d) 25 : 31
(e) 21 : 31

Direction (11-15): Pie chart given below shows percentage distribution of passengers travelling by six different airlines from India to Thailand and to Arab Emirates in year 2017. Study the pie chart carefully and answer the questions. 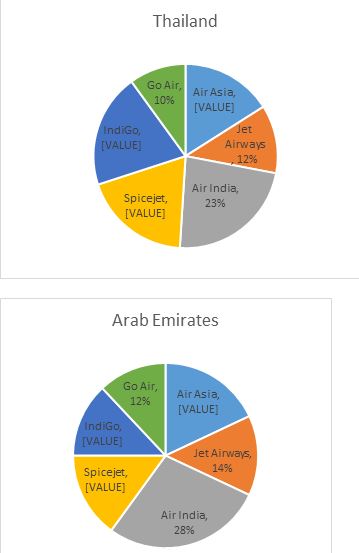 Note : Total number of passengers travelling from India to Thailand and to Arab Emirates are in the ratio of 1 : 2 in 2017. 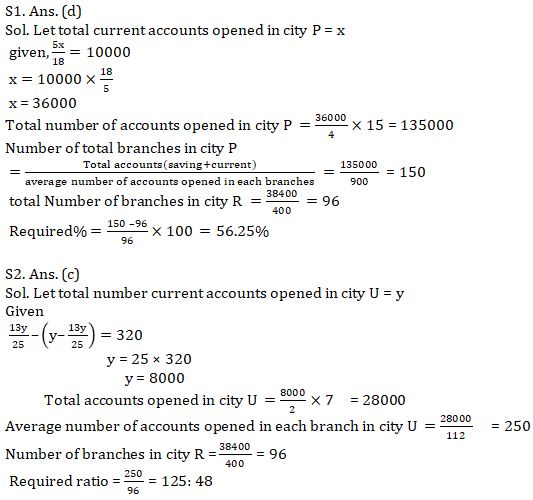 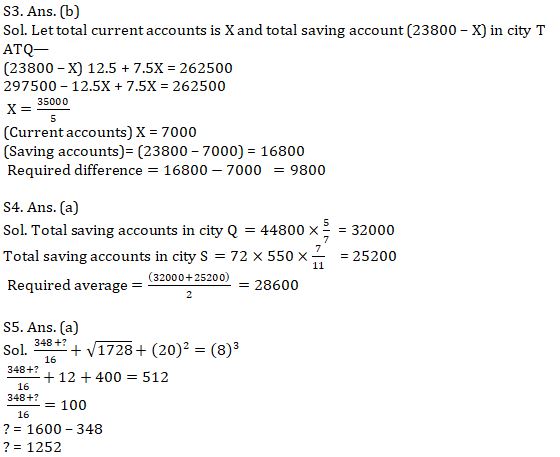 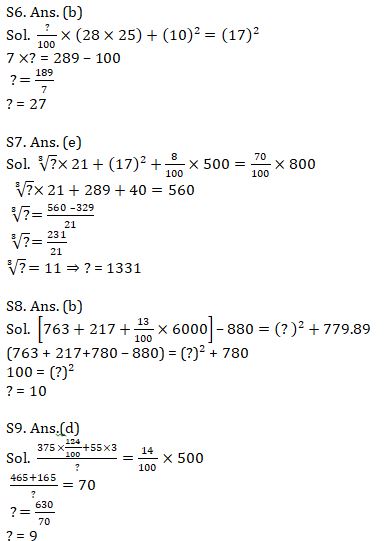 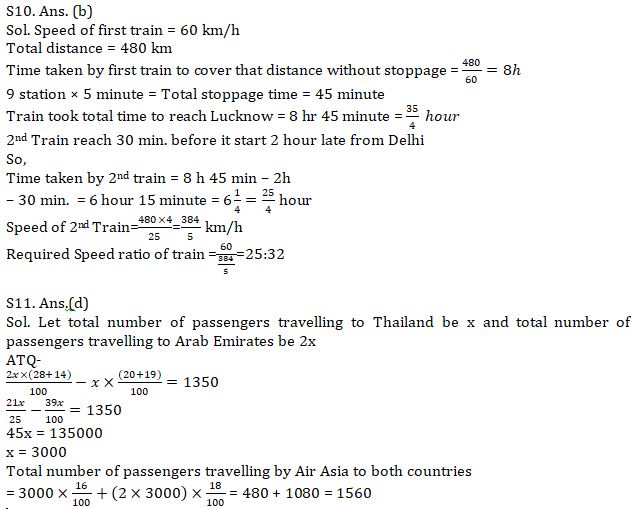 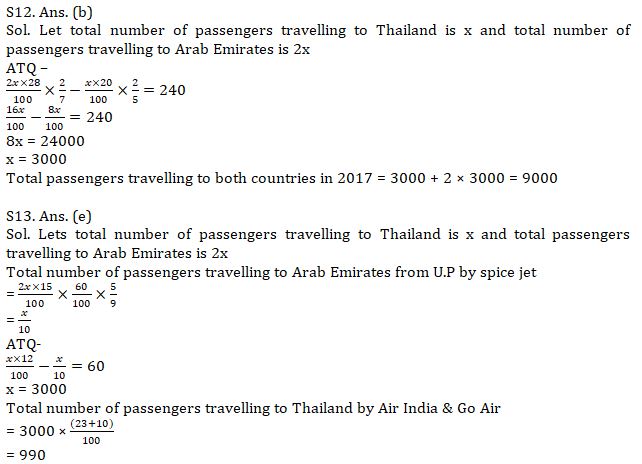 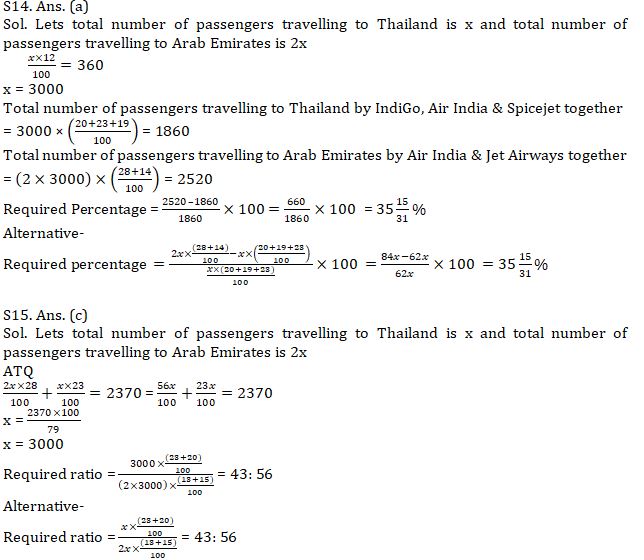