The Reasoning Section is one of the scoring sections of the bank examination. If you clear your basics and practice more and more quizzes and also follow a proper study plan, you can easily crack the exam. RBI Assistant Exam is one of the most prestigious exams in the Banking Sector. 4th February 2020 Reasoning Quiz Based on the theme of budget.

Q1. Who among the following minister is home affairs minister?
(a) Amit shah
(b) Rajnath Singh
(c) Ram Vilas Paswan
(d) Piyush Goyal
(e) None of these

Q2. In which of the following ministry Dr. S jaishankar belongs?
(a) Finance minister
(b) Railways
(c) Tribal affairs
(d) Defence minister
(e) None of these

Q3. Who among the following minister is Consumer affairs minister?
(a) Rajnath singh
(b) Arjun munda
(c) Ram vilas paswan
(d) Amit shah
(e) None of these

Q6. Statements:
Some RBI are Finance.
Some Finance are credit.
No Credit is Fund.
Conclusions:
I. Some RBI are Fund
II. No Fund is RBI

Q8. Statements:
All Deduction are Salary.
Only a few Salary is NPA.
Some NPA is Loan.
Conclusions:
I. All deduction can be NPA
II. Some Loan are Salary.

Q9. Statements:
Some Economics are tax.
No Economics is Income.
No Capital is Income.
Conclusions:
I. Some Tax are not Income
II. Some tax are not Capital

Q14. In which direction point U with respect to point C?
(a) North East
(b) North West
(c) South West
(d) South east
(e) None of these

Q15. How many pairs of letters (both forward and backward direction) are there in the word” HOMECOMING” which have as many letters between them in the word as in alphabetical series?
(a) One
(b) Two
(c) Three
(d) Four
(e) None of these 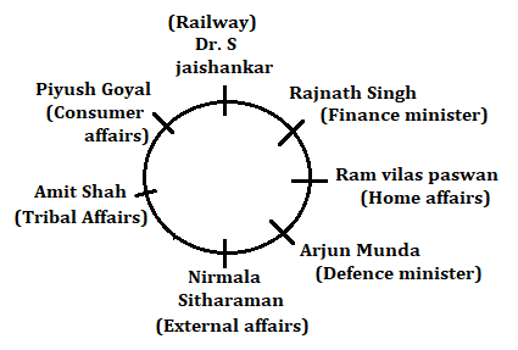 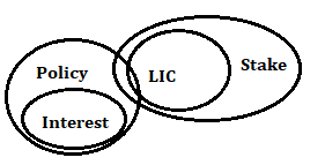 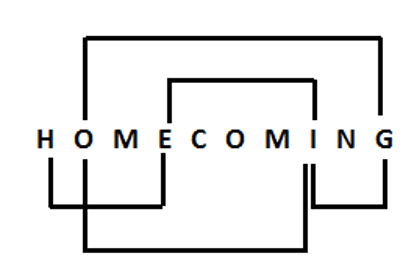