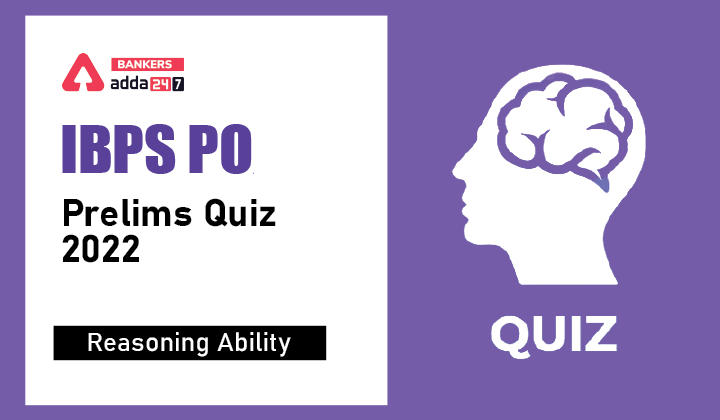 Q2. How many persons live between the one who likes orange color and the one who lives on 4th floor?
(a) None
(b) One
(c) Two
(d) Three
(e) More than three

Q4. Four of the following five are alike in a certain way and hence they form a group. Which one of the following does not belong to that group?
(a) Red
(b) Black
(c) Purple
(d) Silver
(e) Grey 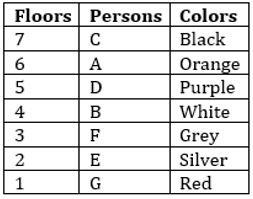 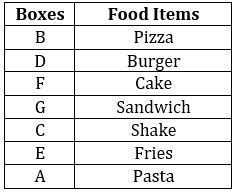