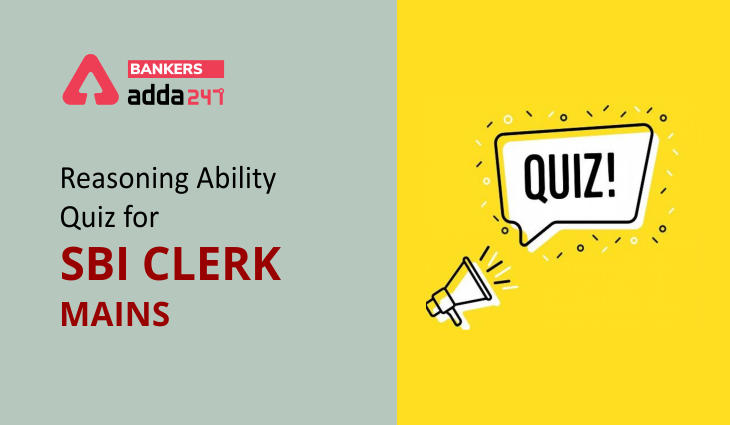 Q5. Four of the following belongs to a group based on their seating arrangement find the one that does not belong to that group?
(a) T
(b) C
(c) R
(d) B
(e) A

Directions (6-8): Study the following information and answer the questions given below:
Each of the six friends A, B, C, D, F, and E get different salaries. The one who gets highest salary, gets 34k. E gets 15k. A gets more than only two persons. F gets less than D. C’s salary is the difference of B’s and D’s salary. E gets more than A but less than D. D’s salary is double than F’s salary. F doesn’t get 17k. The one who gets 2nd highest salary, gets 24k.

Q12. Statements: “Instead of burning the leaves, bury them in compost pits, by which it gets converted to natural manure, making it beneficial for the soil.” – A notice issued in public interest by Department of Environment
Assumptions:
I. Whenever leaves are burnt in the open, the air gets laden with tiny particulate matter which raises air pollution to alarming levels, which cause severe respiratory disorders and eye infections to those exposed to it.
II. Benefits gained from ashes of leaves burnt are not as much as the benefits gained from the natural manure obtained from leaves by bury it.

Q13. Statements: “A tempting cup of garma Georgia now awaits you at every street corner. So, no matter who you are or where you go, a Georgia Vending Machine will hand you the same clean, delicious cup of tea in Regular, Adrak, Elaichi and Masala and if you’re looking for a change try the Regular, Mocha and Cappuccino coffee. One sip will make you realize why every other alternative is a mere compromise!” ____ An advertisement
Assumptions:
I. Most of the people need delicious cup of tea or coffee with a change in taste.
II. Every person is addicted to either tea or coffee.

Directions (14-15): Read the following information carefully and answer the following questions.
There are eight members A, B, C, D, E, F, G and H of the same family. F, D and E are the only females’ members. D, who is married to B, is the second youngest member. Both H and C, are E’s maternal uncle. A, who is the only child of G, has three kids. All the females belong to a different generation. F has only one child.

Q14. How is A related to E, if it is given that E is the only unmarried female and F is the oldest member in the family?
(a) Maternal Grandfather
(b) Sister
(c) Mother
(d) Grandmother
(e) None of these

Q15. How many persons are older than A’s son in law, if it is given that E is the only unmarried female and F is the oldest member in the family?
(a) Three
(b) Two
(c) One
(d) More than three
(e) Cannot be determined 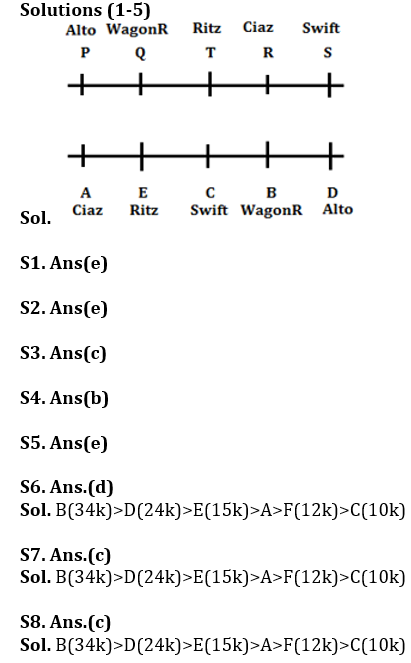 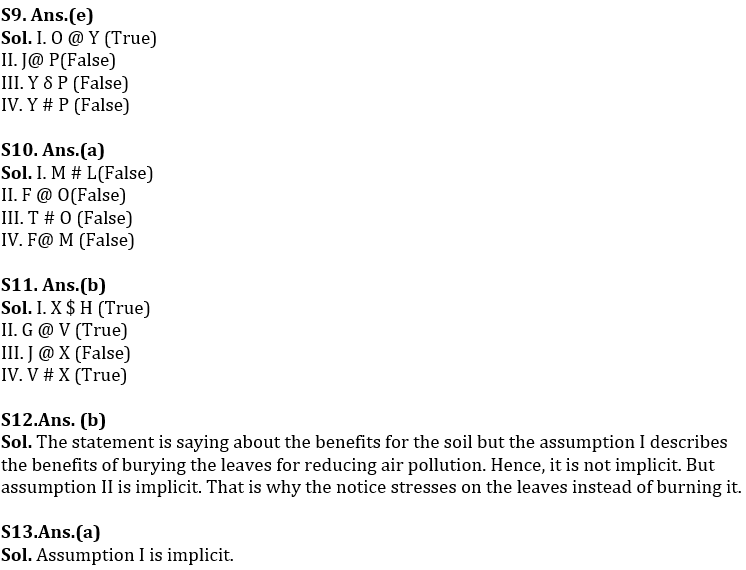