Directions (1-3): Study the following information carefully and answer the given questions.
Eight members A, B, C, D, E, F, G and H in a family, there are three married couple in this three-generation family. A is the son-in-law of H who has only one daughter. B is the maternal grandmother of F. C is the only son of D who is the father of H. E is the sister-in-law of F. C is unmarried. F is not a male member. G is spouse of H. E is unmarried.

Directions (4-8): Read the following alphanumeric series carefully and answer the questions given below.
Seven people K, L, M, N, O, P and Q like different colors i.e., purple, white, yellow, green, black, red and blue but not necessarily in the same order. Each one of them works in either of the three departments of a company i.e., Marketing, HR and Finance. At least two persons work in each department.
Note: If it is given that ‘X’ works with the one who likes ‘Y’, then it means that both ‘X’ and the one who likes ‘Y’ work in the same department and also X does not like Y.

Q6. The one who likes White color works in which department?
(a) Either Marketing or Finance
(b) Marketing
(c) HR
(d) Finance
(e) None of these

Directions (9-10): Read the following information carefully to answer the questions given below:
There are seven members in a family. There are three married couples in the family. A is the mother of C. D is the daughter of B. L is the niece of N who is a female but not the daughter of A. E is the son-in-law of A. B and C are males. Both children of A are married. 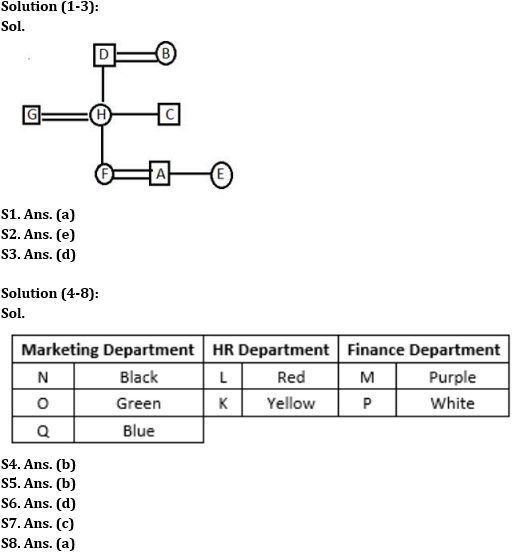 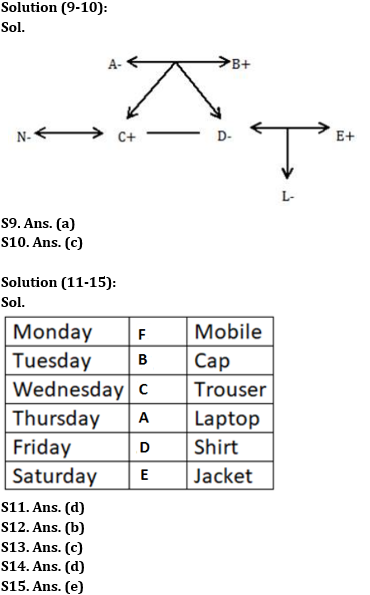