Q6. How many such pairs of letters are there in the word ‘HORIZONTAL’ each of which has as many letters between them in the word as in the English alphabet (Both forward and backward direction)?
(a) Five
(b) Six
(c) Three
(d) Four
(e) None of these

Q7. Four of the following five are alike in a certain way based on their positions in the English alphabetical series and hence they form a group. Which one of the following does not belong to that group?
(a) RY
(b) KO
(c) FK
(d) NW
(e) PS

Q8. In a certain code, COMFORT is written as RPMDKMA. How would DISPOSE be written in that code?
(a) QGBMNOQ
(b) NMQBCDB
(c) CQMNQGB
(d) CVBQDMN
(e) None of these

Directions (14-15): Study the information given below and answer the questions based on it.
Six persons A, B, C, D, E and F are standing in a straight line according to their height. No two persons are of the same height. C is 170 cm tall. D is not the tallest person. F is shorter than A who is shorter than C and D. Only two persons are taller than E, but neither of them is C.

Q15. If all the persons are rearranged alphabetically from left to right, then who will retain his previous position?
(a) E
(b) F
(c) B
(d) A
(e) C 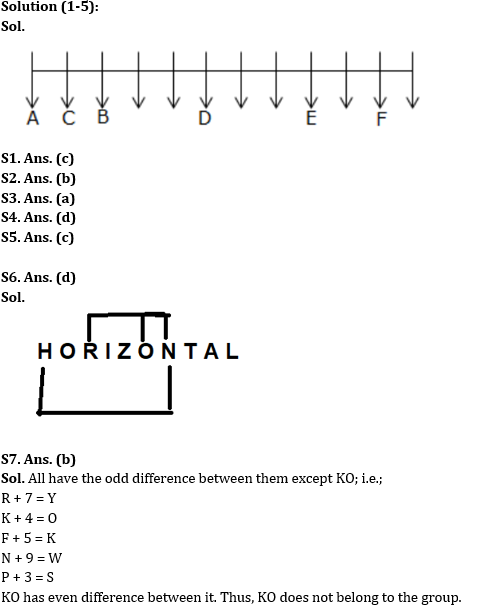 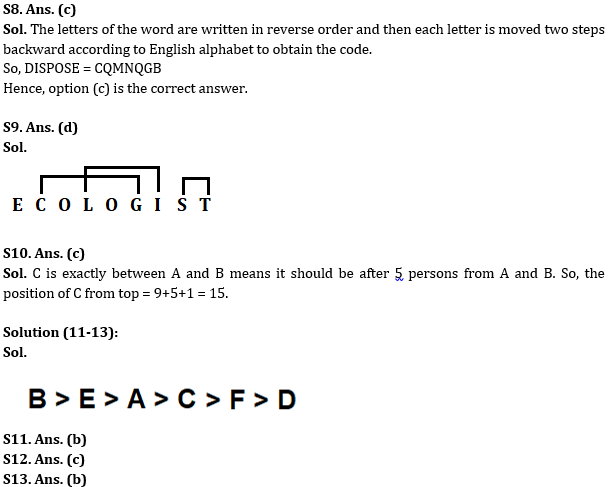 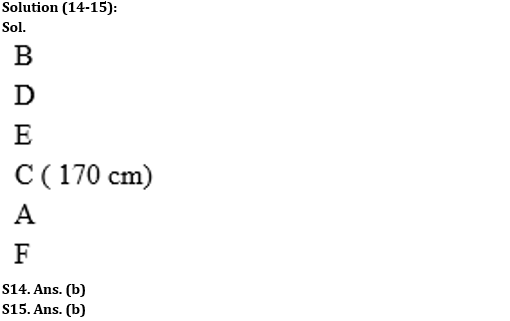