Directions (1-5): Study the information carefully and answer the questions given below:
Eight persons sitting around a square table, in such a way four persons are sitting four corners while four sits at on each side. Some are facing inside, and some are facing outside the center. All of them was born in different years- 2017, 1995, 1982, 1965, 1958, 2004, 1987 and 1998 (Their age is considered as on the same month and day of 2020 as their date of births).
D sits third to the left of R whose age is a square of an odd number. R sits at one of the corners of table. Q is younger than C. A who is 33years old sit second to the right of D. P is 17years younger than S who sits second to the right of Q. P is not the second youngest person and sits third to the right of C who is facing same direction of D but opposite to P. The one who is 55 years old sits third to the right of the one who is third youngest person of the group. D is younger than R but older than C. S is not an immediate neighbour of D. A is facing opposite direction to B who is facing same direction as youngest person. The third oldest person facing inside. P and S face same direction. S sits one of the corners.

Directions (8-10): Study the following information carefully and answer the given questions:
A, B, C, D, E and F are six family members. There are three generation in a family and only three female members in a family. E is daughter in law of F, who has only one daughter. B is mother of D. B is not from second generation. A is grandchild of F. C is a female but is not the mother of A. F is married to B. 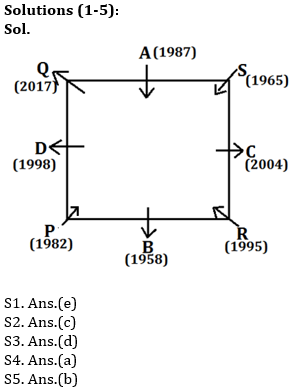 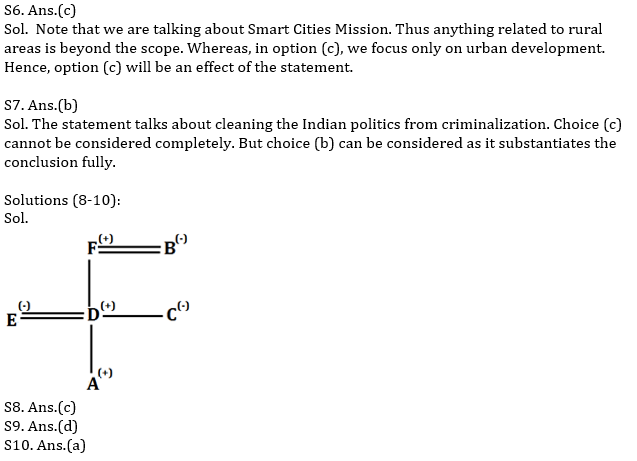 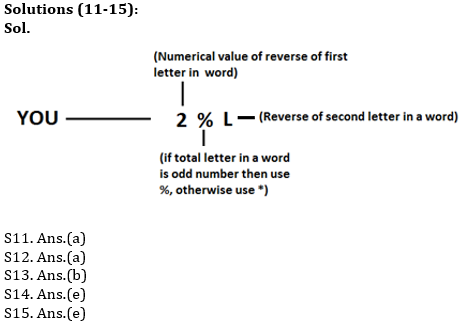