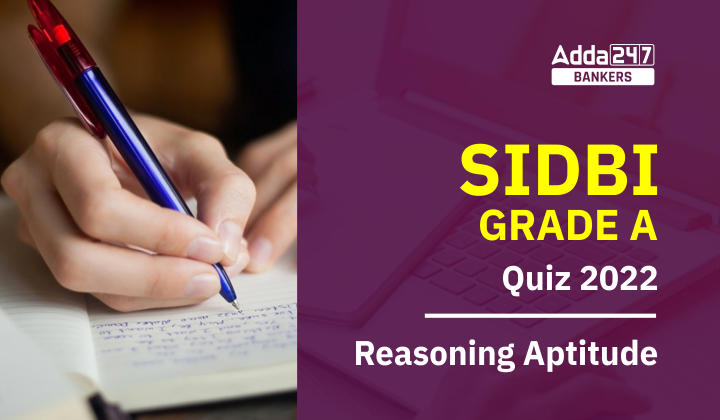 Q4. The position of how many alphabets will remain unchanged if each of the alphabets in the word ‘SIGNIFICANT’ is arranged in alphabetical order from left to right?
(a) Two
(b) Three
(c) One
(d) Four
(e) Five

Directions (8-11): Study the following data carefully and answer the questions accordingly.
There are nine members who belong to a family having three generations. S and U are siblings. U is the only daughter of Y and she is married. T is the nephew of W and Z has no child. Y is the father-in-law of X who is not a male. W is the son of R who is the husband of V. W is the brother of X. Z is the brother-in law of S.

Directions (12-15): Study the following data carefully and answer the questions accordingly.
A family has eight members B, C, D, E, F, S, Z, and U. There are 3 generations consisting of equal numbers of male and female members. There are two married couples. U’s brother has only one nephew and U is father of Z. D is unmarried and C has only one niece. D’s brother-in-law has two daughters. F’s son-in-law is married to Z. Z has only one sibling. U is father-in-law of S who have two daughters. 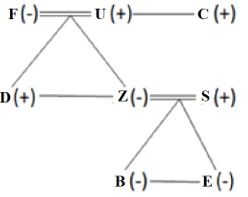