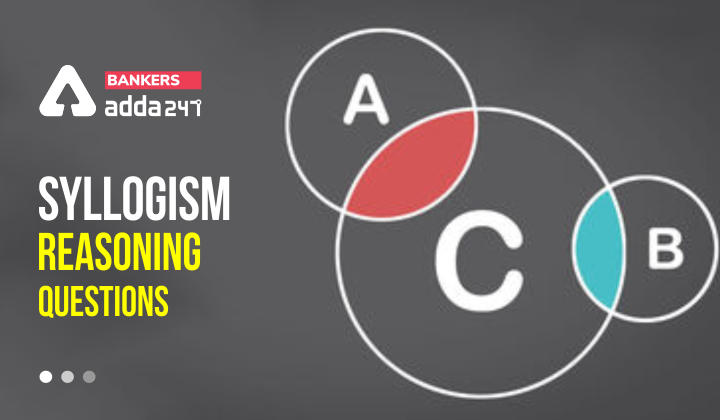 Syllogism Reasoning Questions Tricks, Topics & Example: “Syllogism” comes from the Greek word for a logical inference that Aristotle used to mean ” Valid argument”. Syllogism is one of the most asked topics in all the Banking exams. Many students make mistakes while solving this topic and hence in this article we will be discussing the different types of syllogism, syllogism questions, and some tricks with the help of which you can solve them easily without a hassle. This topic can easily fetch you 4-5 marks which can boost your overall score and can help you in your selection.

Syllogism is a very simple concept and is based on the logical ability of a candidate. It is advisable that you should not assume things based on their common belief, instead of it follow the certain rules laid in to solve this topic. A syllogism can easily be solved by doing the visual representation of the statements and then giving answers by following them. The visual representation we are talking about is called the Venn diagram.

Candidates who find difficulty in solving syllogism questions with the help of the Venn diagram can follow the short trick given in the table below.

In the table below candidates can check the results of the statements.

In each question below are given some statements followed by some conclusions. You have to assume everything in the statements to be true even if they seem to be at variance with commonly known facts and then find out which of the two given conclusions logically follow from the statements, disregarding commonly known facts. We have also provided solutions of the given questions but candidates first try to solve them by themselves

Q4. Statements: All water are Rain.
No Rain is Pure.
All Pure are Sun.
Conclusions:
I. No water are Pure.
II. Some Rain are water.

Q5. Statements: All Plant is Flower.
All flower are fruit.
Some fruit are light.
Conclusions:
I. No flower is light
II. Some flower are light

Q7. Statements:
Only a few sky is blue.
No blue are azure.
Some heaven are azure
Conclusions:
I. All heaven can never be blue.
II. All sky are azure is a possibility.
(a) Only I follows
(b) Both I and II follow
(c) Only II follows
(d) Either I or II follows
(e) None follows

Q8. Statements:
All forest are tree.
No tree is green.
All tree are wood.
Conclusions:
I. All forest are green is a possibility.
II. Some wood are not green.
(a) Only II follows
(b) Both I and II follow
(c) Only I follows
(d) Either I or II follows
(e) None follows 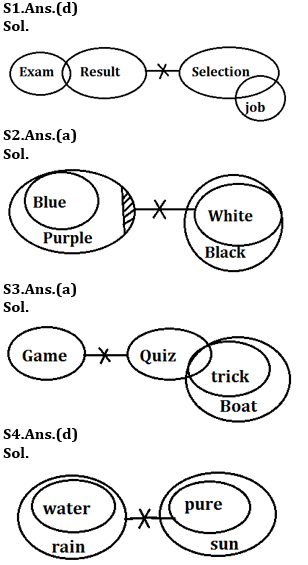 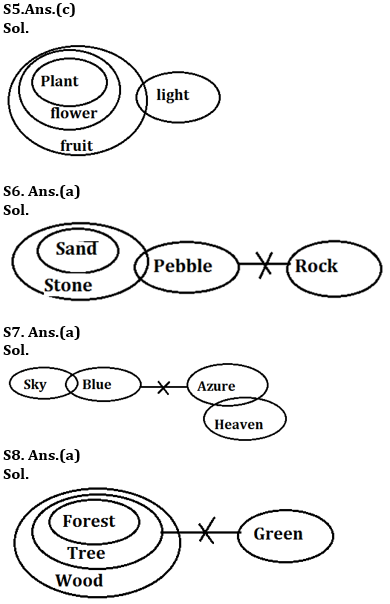 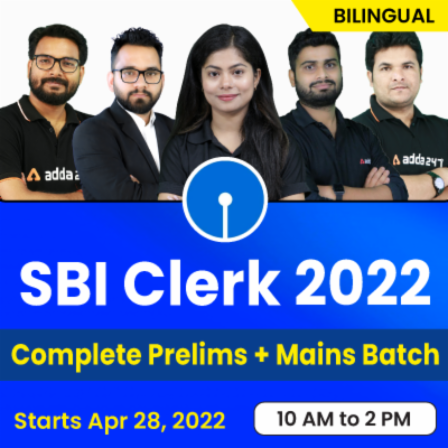