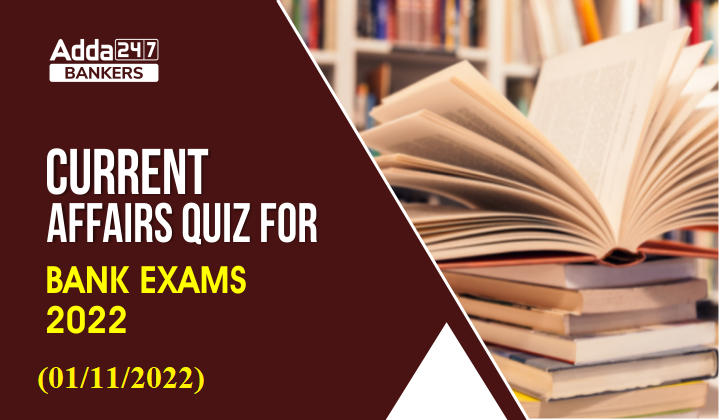 Q6. Under which section of the Payment and Settlement Systems Act, 2007, has the Reserve Bank of India revoked the Certificate of Authorisation (CoA) of the Chennai-based GI Technology Private Limited over governance concerns in the company?
(a) Section 5
(b) Section 6
(c) Section 7
(d) Section 8
(e) Section 9

Q15. What is the theme of World Cities Day 2022?
(a) Act Local to Go Global
(b) Adapting cities for climate resilience
(c) Valuing Our Communities and Cities
(d) Changing the world: innovations and better life for future generations
(e) Building sustainable and resilient cities

S1. Ans.(c)
Sol. Samsung Electronics has appointed Jay Y. Lee as the executive chairman of the company. Lees promotion is symbolic as he has helmed Samsung in his capacity as the companys vice-chairman since 2014, when his father & former chairman Lee Kun-hee, passed away.

S3. Ans.(a)
Sol. World Cities Day brings Urban October to an end on 31st October each year and was first celebrated in 2014.

S6. Ans.(d)
Sol. The Reserve Bank of India, in the exercise of the powers conferred on it under Section 8 of the Payment and Settlement Systems Act, 2007, has revoked the Certificate of Authorisation (CoA) of the Chennai-based GI Technology Private Limited over governance concerns in the company.

S8. Ans.(b)
Sol. Mawmluh Caves located in the East Khasi Hills district in Meghalaya has made it to the first 100 geological heritage sites listed under International Union of Geological Sciences (IUGS) by UNESCO. The first 100 sites were chosen from 56 countries.

S9. Ans.(c)
Sol. Mr.Rajnath Singh dedicated to the nation 75 infrastructure projects at a total cost of Rs.2180 crore built by the Border Roads Organisation at a function organised at D-S-DBO road in Ladakh on October 28.

S15. Ans.(a)
Sol. This year’s global observance is planned in Shanghai, China under the theme “Act Local to Go Global.”