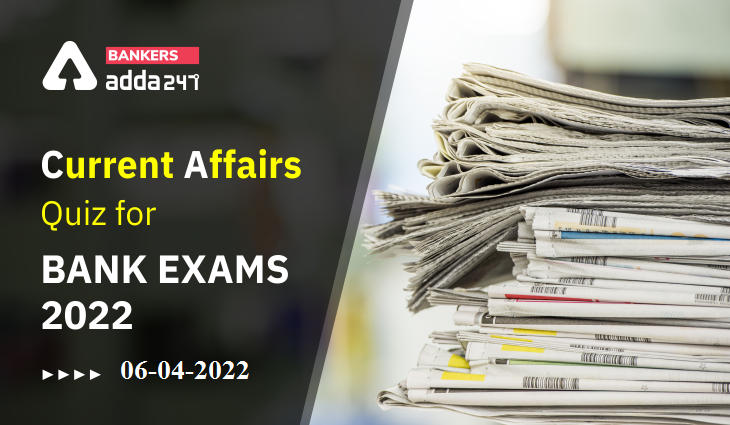 Q2. Who has been appointed as the first Special Rapporteur for human rights and climate change by UN?
(a) Dag Hammarskjöld
(b) Trygve Lie
(c) Kurt Waldheim
(d) U Thant
(e) Dr Ian Fry

Q5. Which state/UT government has launched a scheme to set up ‘Hobby Hubs’ in government schools to promote extra-curricular activities?
(a) Chandigarh
(b) Ladakh
(c) Jammu and Kashmir
(d) Puducherry
(e) Delhi

Q14. Which of the following regulator has recently announced the launch of ‘Manthan’ an Ideathon?
(a) SIDBI
(b) PFRDA
(c) IRDA
(d) SEBI
(e) RBI

S11. Ans.(a)
Sol. HP has announced it is acquiring Poly, a company that specializes in video and audio equipment, for a purchase price of $1.7 billion, with a total transaction value of $3.3 billion, including debt.

S14. Ans.(d)
Sol. SEBI in association with the other market infrastructure institutions & QRTAs, has announced the launch of ‘Manthan’, an Ideathon for supporting new ideas and innovations in the securities market.

S15. Ans.(c)
Sol. Record Of The Year goest to ‘Leave the door open’ by Bruno Mars and Anderson Paak.