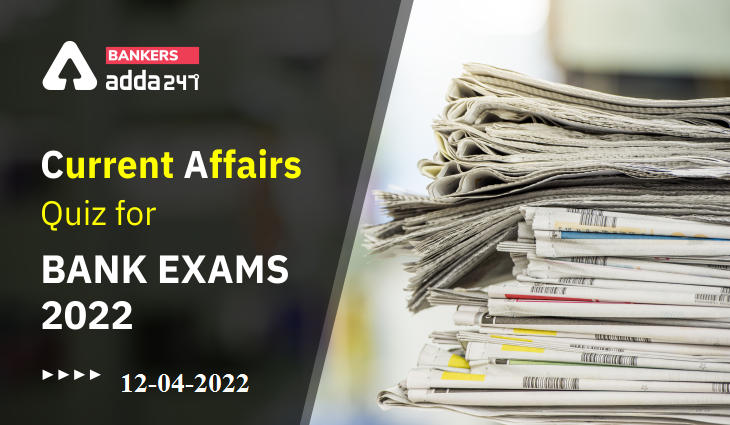 Q4. What is the theme of the 2022 World Homoeopathy Day?
(a) Enhancing the scope of Homoeopathy in public health
(b) Homeopathy- Roadmap for Integrative Medicine
(c) Linking education
(d) People’s Choice for Wellness
(e) Linking research with education and clinical practice: Advancing scientific collaborations

Q9. Who among the following has been appointed as the chairman of UPSC in April 2022?
(a) Aprajita Sharma
(b) M Natrajan
(c) Vinod Rai
(d) Manoj Soni
(e) Arunabha Ghosh

S3. Ans.(c)
Sol. The World Homeopathy Day is celebrated every year on April 10 to spread awareness about homoeopathy and its contribution to the world of medicine.

S4. Ans.(d)
Sol. This year, the theme for World Homeopathy Day 2022 in India is ‘People’s Choice For Wellness.’ The theme, like every year, is decided by the Ministry of AYUSH.

S10. Ans.(b)
Sol. Famous Bengali author Amar Mitra has won this year’s O.Henry prize for a short story he wrote in 1977. He bagged the award for his short story titled ‘Gaonburo’- a Bengali short fiction, which was translated into English (The Old Man Of Kusumpur) earlier.