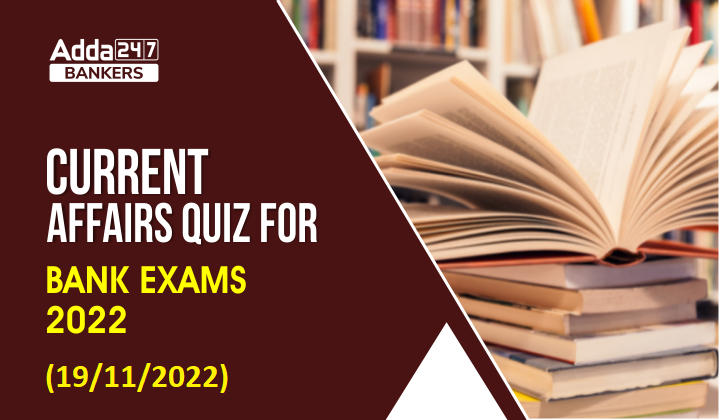 Q4. Which among the following has signed an MoU with the Reserve Bank of India (RBI) for collaboration in the field of regulation and supervision of regulated entities in their respective jurisdictions?
(a) Brigade International Financial Center
(b) International Financial Services Centres Authority
(c) Share India Securities Private Limited
(d) Bombay Stock Exchange
(e) Frankfurt Stock Exchange

Q5. Who has become the first player from India to get elected in the Athletes’ Commission of the International Table Tennis Federation (ITTF)?
(a) Manika Batra
(b) Nikhat Zareen
(c) Sreeja Akula
(d) Harmeet Desai
(e) Sharath Kamal

Q8. Recently, the Uttarakhand Government decided to shift the Uttarakhand High Court from Nainital to which of the following places?
(a) Dehradun
(b) Rishikesh
(c) Haridwar
(d) Almora
(e) Haldwani

Q12. Who among the following is the CEO of Jaguar Land Rover who rendered his resignation in November 2022?
(a) Larry Fink
(b) Michael S Dell
(c) Thierry Bollore
(d) Bernard Arnault
(e) Piyush Gupta

S4. Ans.(b)
Sol. The International Financial Services Centres Authority (IFSCA) has signed an MoU with the Reserve Bank of India (RBI) for collaboration in the field of regulation and supervision of regulated entities in their respective jurisdictions.

S5. Ans.(e)
Sol. Star Indian paddler Achanta Sharath Kamal has become the first player from India to get elected in the Athletes’ Commission of the International Table Tennis Federation (ITTF).

S7. Ans.(c)
Sol. World Antimicrobial Awareness Week (WAAW) runs from 18 to 24 November every year. It’s an international initiative to increase awareness of the growing problem of resistance to antibiotics and other antimicrobial medicines.

S8. Ans.(e)
Sol. The Uttarakhand High Court will be shifted from Nainital to Haldwani. This decision was taken in a cabinet meeting held under the chairmanship of Chief Minister Pushkar Singh Dhami in Dehradun.

S9. Ans.(a)
Sol. All GST anti-profiteering complaints would be dealt with by the Competition Commission of India (CCI) from December 1 as the extended tenure of National Anti-profiteering Authority (NAA) ends this month.

S12. Ans.(c)
Sol. Jaguar Land Rover Chief Executive Officer Thierry Bolloré tendered his resignation from the company for personal reasons. Adrian Mardell will take over as the interim CEO. He has been a part of Jaguar Land Rover for 32 years and a member of the Executive Board for three years.

S13. Ans.(b)
Sol. This year, the theme of WAAW is “Preventing Antimicrobial Resistance Together.”

S14. Ans.(b)
Sol. This conference will see renowned speakers in the field of naturopathy and from “World Naturopathic Federation”. The Theme for this year’s event is “Naturopathy: an Integrative medicine”.

S15. Ans.(d)
Sol. The UN General Assembly  has declared November 18 as the World Day for the Prevention of and Healing from Child Sexual Exploitation, Abuse, and Violence.