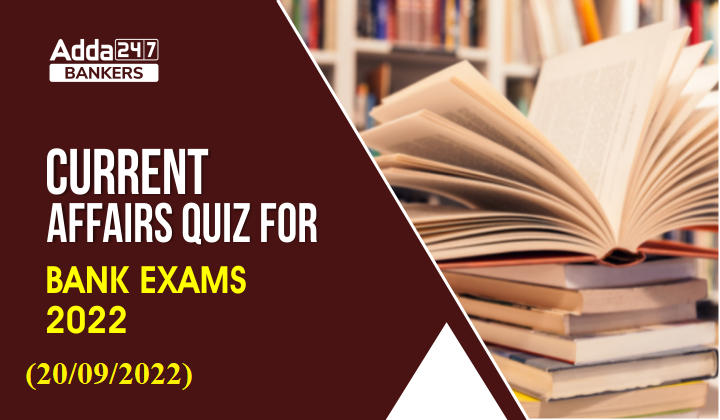 Q3. Which of the following university has signed an MoU with the Indian Navy to establish a long-term symbiotic relationship for Academic Cooperation?
(a) University of Delhi
(b) Amity University
(c) Allahabad University
(d) Jawaharlal Nehru University
(e) Dr. B. R. Ambedkar University

Q5. Pralay Mondal has been appointed as CEO of which of the following bank?
(a) Federal Bank
(b) Axis Bank
(c) IndusInd Bank
(d) CSB Bank
(e) Bandhan Bank

S5. Ans.(d)
Sol. The Reserve Bank of India has approved the appointment of Pralay Mondal as the Managing Director and Chief Executive Officer of CSB Bank for three years.

S9. Ans.(d)
Sol. World Bamboo Day 2022 is observed on September 18 in order to raise awareness about the conservation of this extremely useful plant. Conceptualised by the World Bamboo Organisation (WBO), this day also promotes the bamboo industry by highlighting its concerns.

S11. Ans.(d)
Sol. The 2022 annual summit of the Shangai Cooperation Organisation (SCO) Heads of State Council will be held on September 15-16 in Samarkand. Uzbekistan took over the chairmanship of the organization from Tajikistan on September 17, 2021.

S12. Ans.(c)
Sol. India’s current account deficit (CAD), a key indicator of balance of payment of a country, is likely to remain within 3 per cent of the GDP in 2022-23 as against 1.2% during the last fiscal, according to an article published in the Reserve Bank’s article titled ‘State of the Economy’.