Study Notes are really essential and effective while preparing for any competitive exam. We all have been making and studying through study notes since our childhood. Its one of the most important steps of preparation and a very effective tool for last minute revision. Your mind collects data of random details in the form of keywords and memory maps visualized during preparation. Jotting down main phrases & keywords, making memory maps and highlighting important facts help one speed up the learning process.

Nouns refer to persons, animals, places, things, ideas, or events, etc. Nouns encompass most of the words of a language.
Noun can be a/an –
 Person – a name for a person: – Max, Julie, Catherine, Michel, Bob, etc.
 Animal – a name for an animal: – dog, cat, cow, kangaroo, etc.
 Place – a name for a place: – London, Australia, Canada, Mumbai, etc.
 Thing – a name for a thing: – bat, ball, chair, door, house, computer, etc.
 Idea – A name for an idea: – devotion, superstition, happiness, excitement, etc.
Nouns have two forms, the Singular and Plural. The singular form is used to refer to one person or thing. The plural form is used for referring to more than one person or thing. These types of nouns are called countable noun or uncountable nouns. Let us now look into examples of common uncountable nouns: – absence, food, wind, behaviour, beauty, death, truth, fear, nature, justice, safety, depression, peace, finance, power, intelligence, youth, capacity, health, pride, welfare, confidence, strength, mercy, duty, nature, labour, silence, time, love, energy, staff, death, joy, help, etc.
When a singular form of a countable noun is used as a subject, it takes Singular verb. When the plural form of a countable noun is used as a subject, it takes Plural verb. For instance;
Example:  A boy is singing in the park.
Example: Some boys are singing in the park.
Proper Noun:
A proper noun is a name which refers only to a single person, place, or thing and there is no common name for it. In written English, a proper noun always begins with capital letters.
Example: Melbourne (it refers to only one particular city), Steve (refers to a particular person)
Common Noun:
A common noun is a name for something which is common for many things, person, or places. It encompasses a particular type of things, person, or places.
Example: Country (it can refer to any country, nothing in particular), city (it can refer to any city like Melbourne, Mumbai, Toronto, etc. but nothing in particular).
So, a common noun is a word that indicates a person, place, thing, etc. in general and a proper noun is a specific one of those.
Abstract Noun:
An abstract noun is a word for something that cannot be seen but is there. It has no physical existence. Generally, it refers to ideas, qualities, and conditions.
Example: Truth, lies, happiness, sorrow, time, friendship, humor, patriotism, etc.
Concrete Noun:
A concrete noun is the exact opposite of abstract noun. It refers to the things we see and have physical existence.
Example: Chair, table, bat, ball, water, money, sugar, etc.
Countable Noun:
The nouns that can be counted are called countable nouns. Countable nouns can take an article: a, an, the.
Uncountable Noun:
The nouns that cannot be counted are called uncountable nouns.
Example: Water, sugar, oil, salt, etc. (you cannot say “1 water, 2 water, 3 water” because water is not countable) (you can say 1 chair, 2 chairs, 3 chairs – so chairs are countable)
Abstract nouns and proper nouns are always uncountable nouns, but common nouns and concrete nouns can be both count and uncountable nouns.
Collective Noun:
A collective noun is a word for a group of things, people, or animals, etc.
Example: family, team, jury, cattle, etc.
Collective nouns can be both plural and singular. However, Americans prefer to use collective nouns as singular, but both of the uses are correct in other parts of the world.
Compound Noun:
Sometimes two or three nouns appear together, or even with other parts of speech, and create idiomatic compound nouns. Idiomatic means that those nouns behave as a unit and, to a lesser or greater degree, amount to more than the sum of their parts.
Example: six-pack, five-year-old, and son-in-law, snowball, mailbox, etc.
Functions of Nouns
Nouns can be used as a subject, a direct object, and an indirect object of a verb; as an object of a preposition; and as an adverb or adjective in sentences. Nouns can also show possession.
Subject: The company is doing great. Roses are the flowers of love.
Direct object: I finally bought a new mobile.
Indirect object: Max gave Carol another chocolate.
Object of preposition: Roses are the flowers of love.
Adverb: The train leaves today.
Adjective: The office building faces the mall.
Possession: The lion’s cage is dangerous. My brother’s daughter is adorable.
You may Also Like to Read: 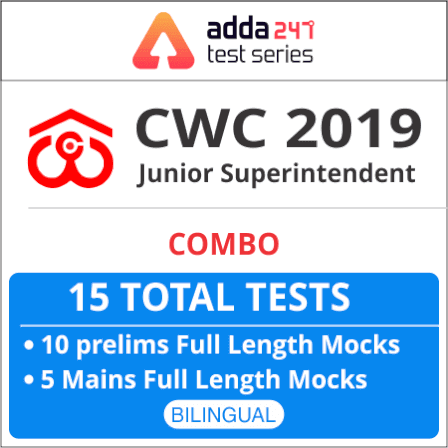