i. Union Railway Minister Piyush Goyal announced a new railway zone for Andhra Pradesh, that is the Southern Coast Railway and it will be headquartered in Visakhapatnam.
ii. It will be the 18th zone in the country. The new zone will comprise the existing Guntakal, Guntur and Vijayawada divisions that currently fall under the South Central Railway. The cost of creating infrastructure for a new zone is around Rs. 205 crore.

i. India and Brunei signed a pact for the exchange of Information and Assistance in Collection with respect to taxes in order to curb tax evasion and tax avoidance in New Delhi.
ii. This agreement will facilitate both the countries to exchange information, including banking and ownership information for tax purposes and will also avail mutual assistance in collection of tax revenue claims.
Static/Current Takeaways Important for NIACL AO Mains Exam:
4. NITI Aayog’s Atal Innovation Mission Partners With Adobe

i. NITI Aayog’s Atal Innovation Mission (AIM) and Adobe signed a Statement of Intent (SOI) to collectively drive the charter of developing creative skills and spreading digital literacy across all Atal Tinkering Labs (ATL) in India.
ii. 100 schools will be adopted by Adobe under the ATL initiative and will be implementing its Digital Disha Program in ATLs, under which free licenses of Adobe Spark premium shall be offered to ATLs.
Static/Current Takeaways Important for NIACL AO Mains Exam:
5. Important Cabinet Approvals: 28th February 2019

i. The Union Cabinet chaired by Prime Minister Narendra Modi has given the following set of approvals.  The important Cabinet Approvals are given as follows:
Find The complete list of approvals here
Schemes and Committees

i. Union Minister of Tribal Affairs Jual Oram launched the ambitious scheme of the Ministry of Tribal Affairs named Van Dhan.
ii. The scheme is for Minimum Support Price (MSP) for Minor Forest Produce (MFP) and Development of Value Chain of MFPs at a National Workshop organized by TRIFED. 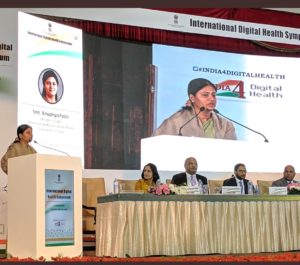 i. Minister of State for Health and Family Welfare, Anupriya Patel, inaugurated the International Digital Health Symposium and an exhibition on Digital Health as a part of the Symposium, in New Delhi.
ii. Participant countries along with various Government Ministries, states and other stakeholders showcased key innovations, implementation experiences, and innovative Digital Health Interventions.
Ranks & Reports

i. According to BCG-IBA Report – EASE Reforms for Public Sector Banks, released by Union Minister of Finance & Corporate Affairs, Punjab National Bank (PNB) secured the top spot among all public sector banks in the implementation of ‘Reforms agenda’.
ii. PNB which topped the list with a score of 78.4 out of 100 in the EASE-index was followed by BoB (77.8), SBI (74.6), and Oriental Bank of Commerce (69).

i. Bengaluru-based Signalchip has unveiled semiconductor chips for 4G, LTE and 5G modems. These are first such chips developed in India.
ii. 4 chips were launched by the SIGNALCHIP as part of its series code-named ‘Agumbe’. They also support positioning using India’s own satellite navigation system NAVIC.
Static/Current Takeaways Important for NIACL AO Mains Exam:
Sports News 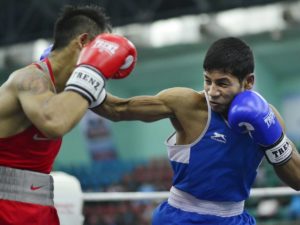 i. West Indies opener Chris Gayle has become the first batsman ever to smash 500 or more sixes in international cricket. In the 4th ODI against England in Grenada, Gayle scored 162 runs.
ii. His innings contained a staggering 14 sixes and powered the Windies to their highest-ever ODI score of 389. Gayle also reached the 10,000-run milestone in ODIs and became only the second West Indian after Brian Lara (10,405 runs) to achieve the milestone.
Miscellaneous News
12. IRCTC Launches Its Own Digital Payment Gateway ‘IRCTC iPay’

i. IRCTC launched its own digital payment aggregator called ‘IRCTC iPay’. With iPay, passengers will not need any third-party platforms as it will provide payment options like credit card, debit card, unified payment interface and international card.
ii. This will help reduce the gap between IRCTC and banks which will eventually lead to a substantial reduction in payment failures.
13. 7TH Guiness Book of World Record Created By DEPwD In Bharuch, Gujarat

i. Mr. Gehlot stated that the “7th Guinness Book of World Record” has been created by the Department of Empowerment of Persons with Disabilities (DEPwD), at Bharuch, Gujarat.
ii. ‘Modern Artificial Limbs (Legs)’ were implanted on 260 Divyang jans within 8 hours in Gujarat. DEPwD has already created 6 World Records in other categories.