Skip to content
Latest Banking jobs   »   Current Affairs 15th July 2019 |...
Dear Aspirants,
The General Awareness Section plays an important role in scoring well above cut off marks in any competitive exam. The Banking Awareness and Static Awareness questions asked in the General Awareness Section are based on Current Affairs mainly. So you need to prepare well this section to score good marks. Here is the Daily GK Update to get you acquainted with the top events that made the headlines today!

i. The French government marked the national day on July 14th. The day is also known as Bastille Day. This is the 230th anniversary of the storming of the Bastille prison which took place in Paris on 14 July 1789.
ii. Armed forces from France and allied countries will march, drive, ride and fly over the central Champs Elysee.
Static/Current Takeaways Important For RRB NTPC/IBPS RRB Mains:
2. Russia launches space telescope Spektr-RG

i. Russia launched a space telescope from the cosmodrome in Baikonur, Kazakhstan. It was a joint project with Germany. The Russian space agency, showed a Proton-M rocket carrying the Spektr-RG taking off from the launch pad.
ii. The Spektr-RG, is a space observatory intended to replace the Spektr-R, known as the “Russian Hubble”, Spektr-R was launched in 2011 to observe black holes, neutron stars and magnetic fields. Its successor will take up similar duties.

i. Under “Pradhan Mantri Shram Yogi Maandhan Scheme”, total 30,85,205 persons have been enrolled.
ii. This voluntary and contributory pension scheme is  benefited for unorganized workers. Under this scheme assures the minimum monthly pension of 3000 rupees to the beneficiaries after attaining the age of 60 years.

i. Former India wicket keeper-batsman Kiran More will take charge as the interim coach of the senior USA cricket team.
ii. He will replace the head coach Pubudu Dassanayake.
iii. Kiran More was also appointed as the USA’s director of cricket in June 2019.

i. Chandrakant Kavlekar to be the new Deputy Chief Minister of Goa. He will replace Vijai Sardesai as the deputy chief minister of Goa. 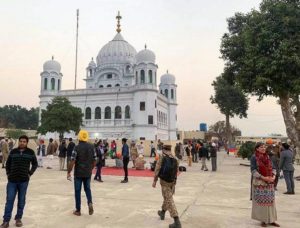 i. 2nd formal discussion on holy Gurdwara of Kartarpur Sahib between India and Pakistan was held in Wagah.
ii. Agreements made in the discussion were:
Static/Current Takeaways Important For SBI PO/Clerk Mains:
Sports

i. Lewis Hamilton made a thrilling victory in the Silverstone circuit to win his sixth British Grand Prix, his seventh victory in ten races in 2019 and the 80th win of his career.
10. Vinesh Phogat wins gold at Yasar Dogu International 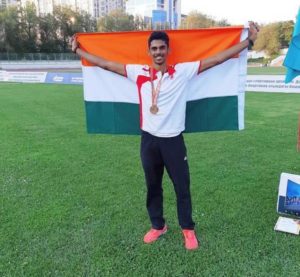 i. M. Sreeshankar has won the long jump gold at the Tatyana Kolpakova International athletics. The tournament was held in Bishkek (Kyrgyzstan).

i. The United Nations observes 15 July every year as World Youth Skills Day.
ii. This year the UN’s observance of the World Youth Skills Day will shed light on the mechanisms needed to operationalize lifelong learning and raise awareness about the importance of youth skills development.
Static/Current Takeaways Important For EPFO/LIC ADO Mains:
Miscellaneous

15. IFFI’s Golden Jubilee Edition to be celebrated in Goa

i. The Golden Jubilee Edition of International Film Festival of India, will be held from 20th Nov till 28th November 2019 in Panaji, Goa.
ii. President of Oscar Academy John Bailey and other eminent cinematographers and producers have been invited for the event. Russia will be IFFI partner in this edition.
Static/Current Takeaways Important For SBI PO/Clerk Mains:
Obituaries
16. Bangladesh ex-dictator H.M. Ershad passes away 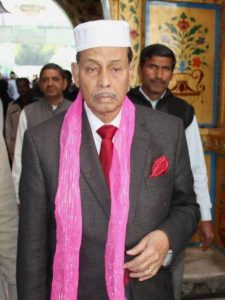