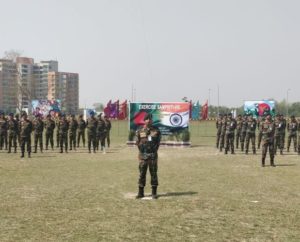 i. Exercise Sampriti-VIII, a joint Indo-Bangladesh military exercise which witnessed participation of a company group of 9th Battalion the Rajputana Rifles from the Indian Army and the Company of 36 East Bengal Battalion, Bangladesh Army concluded at Tangail, Bangladesh.
ii. The closing ceremony was graced by HE Mrs. Riva Ganguly Das, Indian High Commissioner who highlighted the special bonds between the two nations.
Static/Current Takeaways Important For LIC AAO Mains Exam:
2. New Delhi, Islamabad Agree To Work On Operationalizing Kartapur Corridor

i. India and Pakistan have agreed to work expeditiously on operationalizing the Kartapur corridor. The corridor will facilitate Indian pilgrims to visit the holy shrine of Gurdwara Darbar Sahib at Kartarpur in Pakistan.
ii. The agreement was reached during the first meeting between the representatives of the two countries held at Attari in Punjab.
Appointments

i. Bajaj Finserv’s Chairman and Non-Executive Director Rahul Bajaj has resigned and will take over as the Chairman Emeritus from May 2019.
ii. Bajaj, 80, has tendered his resignation which will be effective from the conclusion of the board meeting scheduled for May 16, 2019.
4. MR Kumar Appointed LIC Chairman

i. As per RBI notification, IDBI Bank has been categorized as a private sector lender following the acquisition of majority stake by Life Insurance Corporation.
ii. IDBI Bank has been under the prompt corrective action framework of RBI that bans it from corporate lending and branch expansions, salary hikes and other regular activities.
Static/Current Takeaways Important For LIC AAO Mains Exam:
6. Fresh Liquidity Infusion Through Forex Swaps Announced By RBI

i. The Reserve Bank of India (RBI) has decided to use a new tool for the first time to enhance liquidity in the system using which it will buy $5 billion from the banks in a swap deal that is capable of injecting around Rs. 35,000 crores into the system.
ii. Banks will have to deposit dollar funds with RBI with the condition of buying them back from RBI after 3 years. Minimum bid size for the auction has been fixed at $25 million and multiple bids submission by banks will be allowed.

7. India Ranks 16th In Terms Of Highest Number Of Impacted Species In Hotspots

i. A recent study published in PLOS Biology found that human impacts on species occur across 84% of the earth’s surface and India ranks 16th in such impacts, with 35 species impacted on an average. Malaysia ranks 1st among the countries with the highest number of impacted species (125).
ii. Southeast Asian tropical forests, including those in India’s Western Ghats, Himalaya, and north-east, are among the ‘hotspots’ of threatened species.
Awards
8. Padmanaban Gopalan Wins the Commonwealth Youth Award For The Asian Region 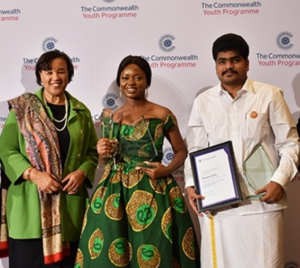 i. A social entrepreneur from Tamil Nadu, Padmanaban Gopalan, founder of No Food Waste, was named the winner of the Commonwealth Youth Award for the Asian region worth 3,000 Pounds at a ceremony at the Commonwealth Secretariat in London.
ii. His initiative runs a geo-mapping platform, which allows users to drop food at located “hunger spots” and has so far recovered over 650,000 meals across 14 cities and the platform has been used by over 12,000 volunteers.
Important Days

i. The Supreme Court appointed senior advocate PS Narasimha as a mediator for resolving various disputes related to cricket administration within the cricket body, the Board of Control for Cricket in India (BCCI).
ii. Narasimha will hear the BCCI’s position, and then make recommendations to the Committee of Administrators (CoA).