i. INS Sagardhwani embarked on a two-month-long Sagar Maitri Mission-2 from Southern Naval Command in Kochi. INS Sagardhwani is an oceanographic research vessel of the Defence Research and Development Organisation (DRDO).
ii. Sagar Maitri is a unique initiative of the DRDO to promote closer cooperation in socio-economic aspects as well as greater scientific interaction, especially in ocean research among Indian Ocean Rim (IOR) countries.

i. Union Minister of Human Resource Development released UGC Guide to Student Induction Programme “Deeksharambh” in New Delhi.
ii. The guide to Student Induction Programme is to help new students adjust and feel comfortable in the new environment, inculcate in them the ethos and culture of the institution, help them build bonds with other students and faculty members, and expose them to a sense of larger purpose and self-exploration.
Static/Current Takeaways Important For SBI PO/Clerk Mains:

i. The Lok Sabha has passed the Finance Bill, 2019 that will give effect to the proposals of the Central Government for the year 2019-20.
ii. The Finance Bill contains tax proposals for the current fiscal. The proposed amendments will promote ‘Make in India’ and Startups.

i. European Union has fined US based chipmaker Qualcomm $271 million, accusing it of “predatory pricing” to drive a competitor out of the market.
ii. Baseband chipsets are key components of mobile devices which enables it to connect to the internet. Qualcomm sold these products at a price below cost to key customers with the intention of eliminating a competitor.
Books & Authors

i. “Kargil: Untold stories from the War”, the book published by Penguin Random House, is authored by Rachna Bisht Rawat.
ii. On the 20th anniversary of the Kargil War, a new book will revisit the freezing battle grounds of the 1999 conflict through untold stories of its bravest soldiers.
Agreements

i. Union Health Ministry has signed an MoU with Ministries of Ayush, Defence and Railways to strengthen the efforts towards a TB-Free India by 2025.
ii. Around 28 lakh people contract the disease every year in the country and four lakh people die every year.
Static/Current Takeaways Important For RRB NTPC/IBPS RRB Main:
8. GeM, SAIL signs pact to set up project management unit

i. Government eMarketplace and Steel Authority of India has signed an MoU to set up GeM Organizational Transformation Team – Project Management Unit (GOTT-PMU).
ii. With this MoU, SAIL has become the first public sector undertaking to establish GOTT PMU for transforming their procurement landscape and increasing their footprint on GeM.

9. Haryana govt signs pact with NSE for growth of MSMEs

i. National Stock Exchange has signed a pact with the Haryana government to help boost the growth of micro, small and medium enterprises sector in the state. As per the MoU:

i. Sri Lanka has signed an agreement with India to upgrade tracks in a key railway segment connecting the north and south at a cost of $ 91.26 million.
ii. This is the first time in 100 years that the 130 km-long-tracks, running from Maho town in the North Western Province to Omanthai in the Northern Province, are being upgraded.
iii. The contract agreement for concessional financing was signed in Colombo between the Government of Sri Lanka and IRCON International Ltd (India).

i. The Cabinet Committee on Economic Affair gave the approval to the 2,880 megawatts Dibang hydropower project in Arunachal Pradesh, approving a Rs 1,600 crore pre-investment and clearance expenditure for the Rs 28,080.35 crore strategic project.
ii. The Dibang river is a tributary river of the Brahmaputra that originated and flows through the Mishmi Hills & northeast India from the state of Arunachal Pradesh.
Static/Current Takeaways Important For EPFO/LIC ADO Main 2019:

i. Former Olympic track and field athlete P T Usha has been nominated for the International Association of Athletics Federations Veteran Pin  for her ‘long and meritorious service to the cause of World Athletics’.
ii. She will receive the pin during the opening ceremony of the 52nd IAAF Congress in Doha. 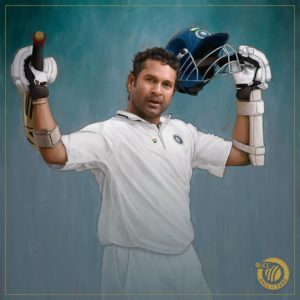 i. Bimal Jalan led six-member panel on Economic Capital Framework (ECF), formed by RBI has finalised its report on surplus RBI reserves.
ii. The panel has recommended that surplus reserves held by the central bank should be transferred to the government in tranches over three to five years.

i. International Cricket Council has suspended Zimbabwe for failing to ensure there is no government interference in its running of the sport.
ii. ICC funding has been withdrawn and the country will be barred from participating at ICC events. Zimbabwe’s Test status was suspended by the ICC in June 2004.

i. Union Minister of Information and Broadcasting inaugurated the 10th Jagran Film Festival in an event held at Siri Fort Auditorium in New Delhi.
ii. He highlighted the importance and impact of cinema on life of people and termed that it is a medium which connects people.