i. The Central Board of Secondary Education (CBSE) launched a new podcast app ‘Shiksha Vani’ that will disseminate crucial information to students and parents in a timely manner.
Static/Current Takeaways Important For LIC AAO Mains Exam:
3. Bihar Diwas: 22nd March

i. Bihar Diwas or Bihar Day is celebrated every year on 22 March to commemorate the state’s separation from Bengal presidency in 1912.
ii. This day is a public holiday in Bihar. This day marks the 107th foundation day of Bihar.
Static/Current Takeaways Important For LIC AAO Mains Exam:
International News

i. New Zealand has imposed an immediate ban on assault weapons following the Christchurch massacre that claimed the lives of 50 mosque-goers.
ii. Prime Minister of New Zealand Jacinda Ardern announced assault rifles and military-style semi-automatic weapons would be banned with immediate effect, making a pledge to ensure that nothing like Christchurch massacre ever occurs in the Pacific nation again.
Static/Current Takeaways Important For LIC AAO Mains Exam:
5. First Ever High-Level Dialogue On Indo-Pacific Cooperation (HLD-IPC) Held In Jakarta 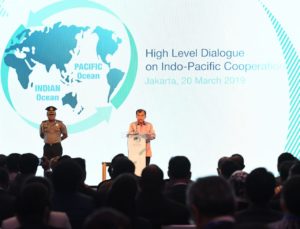 i. The Government of Indonesia has hosted the first ever High-Level Dialogue on Indo-Pacific Cooperation (HLD-IPC) in its capital city Jakarta. The theme of the HLD was ‘Towards a Peaceful, Prosperous, and Inclusive Region’.
ii. The objective behind this meet was to urge all participating governments to talk openly about their plans for increasing cooperation and for building trust in the Pacific Ocean and the Indian Ocean region.
Static/Current Takeaways Important for LIC AAO Exam:
6. Kazakhstan Renames Its Capital Astana To Nursultan

i. Kazakhstan has renamed its capital Astana to Nursultan to honor outgoing leader Nursultan Nazarbayev.
ii. Mr. Nazarbayev, 78, served nearly 30 years as president of the nation. The change was announced after Kassym-Jomart Tokayev was sworn in as president, promising to seek his predecessor’s opinion on key decisions.

i. The country’s largest lender State Bank of India has signed a pact with the Bank of China to boost business opportunities. SBI has signed an MoU to enhance business synergies between both the banks.
ii. Through this pact, both SBI and BoC will gain direct access to their respective markets of operation. Both banks’ clients will be able to use the vast combined network to expand their businesses abroad. SBI has a branch in Shanghai and BOC is opening its branch in Mumbai.

i. Fitch Ratings cut India’s economic growth forecast for the next financial year starting April 1, to 6.8% from its previous estimate of 7%, on weaker than expected momentum in the economy.
ii. The rating agency has also cut growth forecasts for FY20 and FY21 to 7% from 7.3% and 7.1% from 7.3%, respectively.

i. Brazilian physicist and astronomer Marcelo Gleiser has been awarded the 2019 Templeton Prize, worth $1.4 million, for his work blending science and spirituality.
ii. Gleiser, 60, is the first Latin American to win the award. Previous winners of the award, started in 1972 by late global investor Sir John Templeton, include the Dalai Lama and Mother Teresa.
12. Hindi Writer Leeladhar Jagudi Awarded Vyas Samman 2018

i. Hindi writer Leeladhar Jagudi honoured with Vyas Samman 2018 for his collection of poems “Jitne Log Utne Prem” published in 2013. The award carries an amount of Rs. 4 lakhs and it was started by K K Birla foundation in 1991.
ii. He has received Padma Shri in 2004 and Sahitya Akademi Award, Akashvani National Award and Uttarakhand Gaurav Samman as well.
Important Days
13. International Day of Forests: 21 March

i. The International Day of Forests is held annually on 21 March to raise awareness of the importance of forests to people and their vital role in poverty eradication, environmental sustainability and food security.
ii.  The theme for 2019 is Forests and Education.
14. World Water Day: 22 March

i. International World Water Day is held annually on 22 March as a means of focusing attention on the importance of freshwater and advocating for the sustainable management of freshwater resources.
ii. The theme for World Water Day 2019 is ‘Leaving no one behind,’ which is the central promise of the 2030 Agenda for Sustainable Development.
Static/Current Takeaways Important For LIC AAO Mains Exam:
Sports News
15. Special Olympics Games 2019 Concludes: India Bag 368 Medals