i. NITI Aayog has organized a day-long FinTech Conclave at Dr. Ambedkar International Center, New Delhi. The Conclave was inaugurated by RBI Governor Shaktikanta Das.
ii. The objective of the conference is to shape India’s continued ascendancy in FinTech, build the narrative for future strategy and policy efforts, and to deliberate steps for comprehensive financial inclusion.
Static/Current Takeaways Important For LIC AAO Mains Exam:
International News 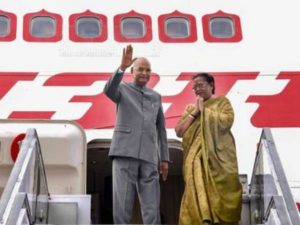 i. President Ram Nath Kovind embarked on a state visit to Croatia, Bolivia and Chile to hold talks with the leaders of these countries and strengthen ties in trade, investment and renewable energy.
ii. India will be conducting separate bilateral forums with Croatia, Bolivia and Chile during President Kovind’s visit to these countries. President Kovind will first visit Croatia in what would be the first visit by an Indian president to the European country.
Static/Current Takeaways Important For LIC AAO Mains Exam:
3. Oman Signs Agreement Allowing United States Military To Use Its Ports

i. Oman has signed an agreement with the United States of America that allow American ships and warplanes to take advantage of his ports and airports.
ii. The agreement will allow the US forces to take advantage of the facilities offered at some of the Sultanate’s ports and airports during visits of the US military vessels and aircraft.
Static/Current Takeaways Important For LIC AAO Mains Exam: 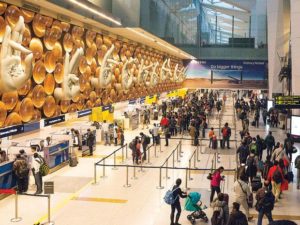 i. India has moved up 2 places to rank 76th on a global energy transition index. The annual list, compiled by Geneva-based World Economic Forum (WEF), has ranked 115 economies on how well they are able to balance energy security and access with environmental sustainability and affordability.
ii. Sweden remains on the top and is followed by Switzerland and Norway in the top three.
Static/Current Takeaways Important For LIC AAO Exam 2018:
Resignations

6. Naresh Goyal Steps Down From Jet Airways Board

i. Jet Airways Founders Naresh Goyal and wife Anita Goyal have stepped down from the board of the cash-strapped airline. With this, Naresh Goyal ceases to be Chairman. Another director Kevin Knight has also resigned.
ii. The board also approved the issue of 11.4 crore equity shares to the lenders upon conversion of Re 1 of the outstanding debt. Lenders will infuse up to Rs 1,500 crore via debt instruments.
7. AIBA President Gafur Rahimov Resigned

i. The Amateur International Boxing Federation (AIBA) President Gafur Rahimov announced his resignation claiming that political based discussions were harming the organizations progress. Rahimov will be replaced by an interim president.
ii. Rahimov was elected in November 018 despite being on the U.S. Treasury Department’s sanctions list “for providing material support” to a criminal organization.
Awards

i. The Lalit Kala Akademi (LKA) announced 15 winners of the 60th Annual Academy Awards. All the awardees were honored with a plaque, a shawl and prize money of Rs 1 lakh at the 60th National Exhibition of Art.
ii. The awardees selected by the two-tier jury are:

i. World Meteorological Day is observed annually on March 23 to commemorate the establishment of the World Meteorological Organization (WMO) in 1950.
ii. The theme 2019 was “The Sun, the Earth and the Weather”. The day was first observed in 1961.
Static/Current Takeaways Important for LIC AAO Exam:
Books and Authors