i. Prime Minister Narendra Modi dedicated a new National War Memorial, situated in the India Gate complex in New Delhi, to the nation.
ii. The National War Memorial, spread over 40 acres in the India Gate complex behind the canopy, is dedicated to soldiers killed during the Indo-China War in 1962, Indo-Pak Wars in 1947, 1965 and 1971, Indian Peace Keeping Force Operations in Sri Lanka and in the Kargil Conflict in 1999, and also those in the UN peacekeeping missions.
Static/Current Takeaways Important For NIACL AO Mains Exam:
2. FAGMIL Signs MoU With Himachal Pradesh To Establish India’s 4th White Cement Plant Project 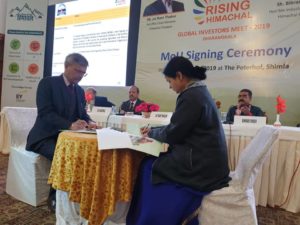 i. Under its diversification programme, FCI Aravali Gypsum and Minerals India Limited (FAGMIL) has taken up a project to establish a white cement plant near village Nohra Dhar in Himachal Pradesh, at a project cost of approximately Rs. 605 crores.
ii. It will be the 4th white cement plant in the country. The installed capacity of the plant would be 0.3 million tonnes per annum and it will generate the direct employment of approximately150 persons.
Static/Current Takeaways Important For NIACL AO Mains Exam:

i. Madhya Pradesh Chief Minister Kamal Nath launched the State Government’s flagship scheme ‘Mukhyamantri Yuva Swabhiman Yojana’ that guarantees 100 days of employment every year to urban youth from economically weaker sections.
ii. Under the scheme, Rs 4,000 stipend per month during 100 days period, would be given to the youth and they will also be given skill development training in order to become independent. (Only those youths, whose family’s annual income is less than Rs 2 lakh and who are in the age group of 21-30 years, are eligible for the scheme).
Awards

i. President Ram Nath Kovind conferred the Gandhi Peace Prize for 2015, 16, 17 and 18 at a function in Rashtrapati Bhavan, New Delhi.
ii. The award comprises a cash award of one crore rupees, a citation in a scroll, a plaque and a traditional handicraft item.
Here are the awardees that were facilitated at the occasion:
1. For 2015: Vivekananda Kendra, Kanyakumari was given the award for its contribution in Rural Development, Education and Development of natural resources.
2. For 2016: Jointly to Akshaya Patra Foundation for its contribution in providing mid-day meals to millions of children across India and Sulabh International for its contribution in improving the condition of sanitation in India and emancipation of manual scavengers.
3. For 2017: Ekal Abhiyan Trust for its contribution in providing Education for Rural and Tribal Children in remote areas pan India, Rural Empowerment, Gender, and Social Equality.
4. For 2018: Japan’s Yohei Sasakawa for his contribution in Leprosy Eradication in India and across the world.
Static/Current Takeaways Important For NIACL AO Mains Exam:
5. Lifetime Achievement Award For G.R. Karthikeyan

i. G.R. Karthikeyan, father of India’s first Formula One driver Narain Karthikeyan, was honored with the Lifetime Achievement award at the FMSCI annual awards function.
ii. FIA president Jean Todt was the chief guest and handed over the awards.
Defence News

i. PepsiCo’s India-born former CEO Indra Nooyi has joined Amazon’s board of directors, the online retail giant. Starbucks executive Rosalind Brewer has also joined the Amazon Board.
ii. She was Pepsico CEO from October 2006 to October 2018, where she also served as the Chairman of its board of directors from May 2007 to February 2019.

i. Afghanistan scored 278 for the loss of three wickets from their allotted 20 overs, to register the highest-ever total in T20s at the Rajiv Gandhi International Cricket Stadium in Dehradun, Uttarakhand.
ii. Hazratullah Zazai scored 162 runs from just 62 balls. Zazai became the first player from Afghanistan to score 150 or more runs, and his 236-run opening stand with Usman Ghani became the highest partnership in T20Is.
9. Sri Lanka Becomes 1st Ever Asian Team To Win Test Series In South Africa

i. Sri Lanka cricket team became the first Asian side to win a Test series in South Africa after winning the series by 2-0.
ii. Kusal Perera was given the Man of the Series award. Before Sri Lanka, only Australia and England have defeated South Africa in a Test series at home.
Static/Current Takeaways Important for NIACL AO Mains Exam:

i. Indian Grandmaster Abhijeet Gupta lifted the Cannes International Open trophy. He took an easy draw with Pier Luigi Basso of Italy in the ninth and final round.
ii. Abhijeet won the tournament with 7.5 points. It is his first solo International tournament victory.