i. Adani Ports and Special Economic Zone (APSEZ) announced that it has recorded cargo movement of more than 200 million metric tonnes (MMT) at nine ports along the east and west coasts, becoming the first Indian port operator to achieve the milestone.
ii. Adani Ports embarked its journey in 2001 and has become one of the largest port operators in the world.
2. Tashigang in Himachal Pradesh Becomes World’s Highest Polling Station

i. Tashigang, a Himachal Pradesh village at an altitude of 15,256 feet has now become the highest polling station in the world.
ii. Situated about 29 km from the India-China border, the polling station covers two villages, Tashigang and Gate.

i. The Department for Promotion of Industry and Internal Trade, Ministry of Commerce and Industry, Government of India has recently awarded Geographical Indication (GI) to five varieties of Indian coffee.
ii. They are: 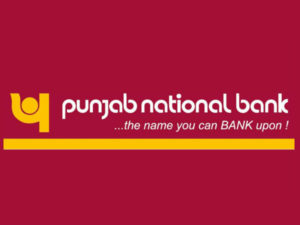 i. Wipro Limited (Bengaluru Based), a leading global information technology, consulting and business process services company and Indian Institute of Technology Kharagpur (IIT Kharagpur), signed an MoU to collaborate on high-impact, industry-focused applied research in the areas of 5G and AI.
ii. Research outcomes from this partnership will be leveraged by Wipro to develop solutions for its customers, across industry verticals. IIT Kharagpur will benefit from the commercialization of the joint research insights and Wipro’s real-world industry expertise.

i. Nobel Prize-winning economist Amartya Sen will be awarded the prestigious Bodley Medal, the highest honor granted by the University of Oxford’s world-famous Bodleian Libraries.
ii. The medal is awarded to individuals who have made outstanding contributions to the fields in which the Bodleian is awarded are, including literature, culture, science, and communication.
Static/Current Takeaways Important For LIC AAO Mains Exam:
8. Geoffrey Hinton, Yann LeCun, and Yoshua Bengio Named Turing Award Winners

i. Three pioneers in AI, University of Toronto faculty member and Google Brain researcher Geoffrey Hinton, Facebook chief AI scientist and NYU professor Yann LeCun, and Element AI founder and University of Montreal professor Yoshua Bengio has been honored with the Turing Award.
ii. It is an annual prize the Association for Computing Machinery (ACM) has been awarding since 1966 to individuals who’ve made contributions of lasting and major technical importance to the computer field.

i. Russian cosmonaut Valery Bykovsky, who made the first of his three flights to space in 1963, passed away at the age of 84 years.
ii. In June 1963, He first flew to space as a member of the Vostok-5 crew. He was a recipient of the Hero of the Soviet Union and Order of Lenin awards.
हिंदी में पढ़े