Access to all Banking Exams Courses
Subscribe Now
READ ON APP
Home Uncategorized Current Affairs 9th January 2019: Daily GK Update
Facebook
Twitter
Google+
Pinterest
WhatsApp
January 9, 2019
Dear Aspirants,
The General Awareness Section of Banking Exams covers numerous sections in it like Banking Awareness, Static GK, and Current Affairs. But the most important thing that you might have noticed is that both the Banking Awareness and Static Awareness questions asked in the General Awareness Section are based on Current Affairs only. The questions on Static and Banking Awareness are related to the countries, events or anything that has been in news for a while. Here is the Daily GK Update to get you acquainted with the top events that made the headlines today!!

i. The Citizenship Amendment bill seeking to provide Indian citizenship to persecuted minorities from Bangladesh, Pakistan, and Afghanistan was passed by Lok Sabha. The Bill provides for Indian citizenship to such immigrants after six years of residence in India instead of 12 years currently.
ii. Home Minister Rajnath Singh moved the Citizenship (Amendment) Bill, 2019 in Lok Sabha and was passed after a discussion. The Bill seeks to amend the Citizenship Act of 1955 in order to grant citizenship to Hindus, Buddhists, Sikhs, Jains, Parsis and Christians from Bangladesh, Afghanistan and Pakistan if they have lived in India for six years.
2. RBI Forms Committee To Boost Digital Payments

i. Reserve Bank of India (RBI) has constituted a High-Level Committee on Deepening of Digital Payments to encourage digitisation of payments and enhance financial inclusion. The five-member committee will be headed by UIDAI’s former Chairman Nandan Nilekani.
ii. RBI stated that the committee will review the existing status of digitisation of payments and suggest ways to bridge any gaps in the ecosystem if any.
Static/Current Takeaways Important For IBPS Clerk Mains Exam 2018:

3. Interim Budget To Be Presented on 1 February 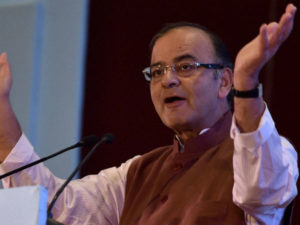 4. NHAI Collaborates with Oil Marketing Companies for Issuance of FASTags

i. To ensure easier availability of FASTags, Indian Highways Management Company Ltd. (IHMCL), a company promoted by NHAI, has signed MoUs with state-run Oil Marketing Companies (IOCL, BPC, and HPC).
ii. It will ensure availability of FASTags at petroleum outlets across India. In the first phase, the tags will be available across 50 Fuel Station in Delhi NCR, which will subsequently be expanded to outlets across India.
Static/Current Takeaways Important For IBPS Clerk Mains Exam:
5. MoU On ‘India-Norway Ocean Dialogue’ Exchanged

i. An MoU was signed between the Indian Army and Punjab National Bank on the Defence Salary Package. The signing ceremony was chaired by the Adjutant General, Lt Gen Ashwani Kumar.
ii. Salient features of the improved and updated MoU are free ‘RAKSHAK PLUS’ Scheme for serving pers and veterans, overdraft facility range from Rs 0.75 to 3.0 lakhs, multicity ‘At Par’ cheques, instant credit of outstation cheques, preferential allotment of lockers at concessional AMC and free SMS alerts.

i. India’s GDP is expected to grow at 7.3% in the fiscal year 2018-19, and 7.5% in the following two years, the World Bank has forecast, attributing it to an upswing in consumption and investment. India will continue to be the fastest growing major economy in the world, according to the World Bank.
ii. China’s economic growth is projected to slow down to 6.2% each in 2019 and 2020 and 6% in 2021, according to the January 2019 Global Economic Prospects report released by the World Bank.
Static/Current Takeaways Important For IBPS Clerk Mains Exam:

i. A visionary in the field of Solar Energy and the chairman of National Solar Energy Federation, Pranav R Mehta, has taken over as the president of Global Solar Council (GSC). He has become the first Indian to head the GSC.
ii. The Global Solar Council (GSC) was launched on December 6, 2015, following the historic United Nations Climate Change Conference (UN COP 21).
Static/Current Takeaways Important For IBPS Clerk Mains Exam:
Sports News

i. Seven-time champions Egypt have won the hosting rights for the 2019 edition of the African Cup of Nations.
ii. Egypt beat South Africa by 16 votes to one at the Confederation of African Football’s (CAF) Executive Committee.

i. Australian cities Sydney and Brisbane have been announced as the first two host locations for the newest team event in men’s tennis for the multi-million dollar ATP Cup from 2020.
ii. The third Australian city for the tournament is yet to be determined. The tournament will comprise more than 100 players from 24 nations with $15 million in prize money and 750 ATP Ranking points. 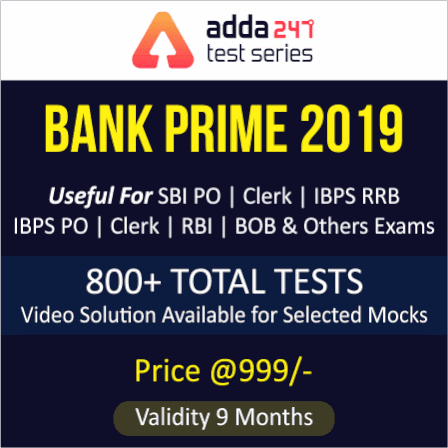 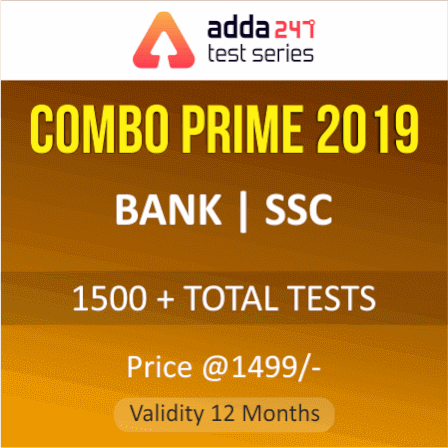