General awareness section is the most important part of every competitive exam, it can help you score well in the exam if you are updated with all the current news. Banking Awareness, Static GK and the current news are the parts that make the GA section complete. It is important to know what is happening in and outside of India. GK updates are incorporated with the important news that made the headlines today. It is the complete bag of the important news that held all day long. One should have complete knowledge about the banking terms, current affairs news, etc. So, here is the GK update of 18th & 19th August to help you prepare the Current affairs part. After reading this section, you can successfully attempt Current Affairs Quiz.

i. The Union Minister of Human Resource Development inaugurated the International Conference titled “Journey of Teacher Education: Local to Global” in New Delhi.
ii. The 2-day event is being organized by the National Council of Teacher Education (NCTE) as part of silver jubilee celebration of its establishment in 1995.
iii. NCTE was tasked with achieving planned and coordinated development of teacher education system throughout the country and maintenance of norms and standards.

i. Iceland commemorated the loss of 1st glacier “Okjokull”, lost due to climate change. A bronze plaque was unveiled by Iceland in a ceremony which was attended by scientists and locals at the glacier in west-central Iceland.
ii. The plaque bears the inscription “A letter to the future”.

i. Fisheries and the aquatic ecology research team from the zoology department of Rajiv Gandhi University (RGU) have discovered 5 species of fish from various districts of the Arunachal pradesh.
ii. The 5 newly discovered species of fish are:
Static/Current Takeaways Important For RRB NTPC/IBPS RRB Main 2019:
4. Odisha approves conservation plan of lakes “Chilika and Ansupa”

i. The Odisha Wetland Authority has approved implementation of an integrated management plan of lakes “Chilika and Ansupa“.
ii. The Chilika lake is India’s largest brackish water lagoon and Ansupa is the Odisha’s largest freshwater lake.
iii. The 5-year management plan of lakes is intended at strengthening livelihood of thousands of fishermen relying on the two water-bodies at an estimated investment of Rs 180 crore. 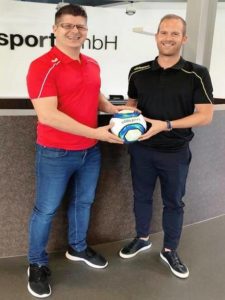 i. I-League champion Chennai City FC has announced a strategic partnership with German sports goods supplier “uhlsport“.
ii. The partnership aims to support a sustainable growth of football education in India. It will also work to develop grassroots football in Tamil Nadu and across India.

7. Prime Minister Narendra Modi to be honoured with “Order of Zayed”

i. The 5th meeting of India-Nepal Joint Commission will be held in Kathmandu, Nepal. India’s Minister for External Affairs and Nepal’s Minister of Foreign Affairs will co-chair the meeting.
ii. The Joint Commission Meeting will review overall state of bilateral relations and various areas of cooperation such as connectivity and economic partnership, trade and transit, power and water resources, culture, education and other matters of mutual interest.

i. World Humanitarian Day is observed across the world on August 19 to pay tribute to workers who risk their lives in humanitarian services and to gather support for people affected by crises around the world.
ii. The day was designated by the UN General Assembly to commemorate the 19 August 2003 bombing of the United Nations headquarters in Baghdad, Iraq.
iii. WHD 2019 campaign: #WomenHumanitarians.
iv. World Humanitarian Day 2019 is set to celebrate Women Humanitarians and their undying contribution in making the world a better place.
v. This year’s campaign on Women Humanitarians supports the recognition that women deserve in the strengthening of global humanitarian response as well as in protection efforts under the international law. 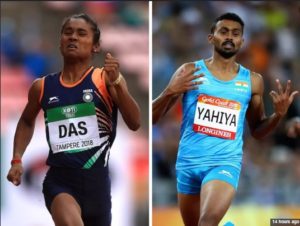 i. Indian sprinters Hima Das and Mohammad Anas have won a gold medal and Nirmal Tom clinched a bronze medal in 300m races at the Athleticky Mitink Reiter event.
ii. The event was held in Czech Republic. While Hima won the gold in women’s category and Mohammad Anas and Nirmal Tom claimed the yellow and bronze medal in men’s category.
12. India wins U-12 Asian Tennis Team championship

i. India have won the gold medal at the Under 12 Asian Tennis Team championship held in Kazakhstan. India defeated Chinese Taipei in the summit clash to win the title.
ii. The final comprised of three matches including 2 singles and one doubles. India won both the singles matches while lost the doubles encounter. The Indian team comprised Manas Dhamme, Arnav Paprakar and Tamil Nadu’s Pranav Rethin.
13. Labuschagne becomes 1st Concussion Substitute cricket player

i. Australian player Marnus Labuschagne has become the 1st Concussion Substitute player in the history of International cricket.
ii. A Concussion Replacement Request is the notification made to the ICC Match Referee in accordance with the process set out by ICC.
iii. The Team Medical Representative is the individual designated for the assessment of any head or neck injury sustained by a player.
iv. A Concussion Replacement is a player who takes the place of a player who has been replaced for the remainder of the match. The player will be selected from the list of nominated players provided by that team whose player was injured and will take a full part in the match.
v. In Ashes Series 2019, Steve Smith was ruled out of the last day of the 2nd Ashes Test match at Lord’s due to concussion. Marnus Labuschagne replaced Smith on the last day of the Lord’s Test.
Static/Current Takeaways Important For SBI Clerk Mains:
Obituaries 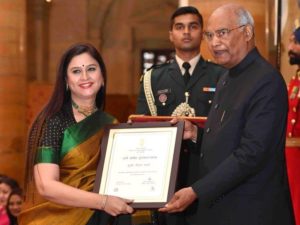 i. Doordarshan Anchor and Nari Shakti Award Winner Neelum Sharma passed away. Neelum Sharma was known for her programmes like ‘Tejaswini’ and ‘Badi Charcha’ and had been awarded the Nari Shakti Puruskar by President Ram Nath Kovind in 2018.

i. The IIT Kanpur has developed a kit in collaboration with the National Commission for Protection of Child Rights to spread awareness about sexual abuse among children.
ii. The kit can be used in classrooms for kids aged between 8-12 and in a group of 30-35 students in one session.
iii. The kit constitutes a set of cards, posters, short animation clips and games, which can be used by teachers or an NGO to conduct an interactive workshop for children about sexual abuse awareness. 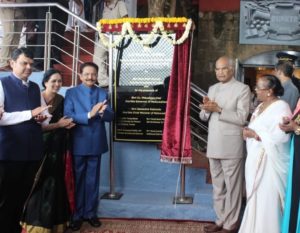