English Section is a topic that is feared by most of the candidates appearing in the IBPS Clerk Mains Exam. Though the sheer number of concepts and rules may seem intimidating at first, with discipline and the right approach, it is not difficult to master these concepts and their application to questions. Through such English Quizzes for IBPS Clerk and other upcoming exams, we will provide you with all types of high-level questions to ace the questions based on new pattern IBPS Clerk Mains.

Direction(1-7)  In each of the following sentences, there is a blank space, followed by some choices of words given in options. You have to determine which of these words fits well in all making them meaningful and grammatically correct. Word can be modified according to the tense of the sentence keeping the meaning of root word intact.

Q7.Unlike the 2009 Green Movement, which was largely a product of the urban middle class youth in Tehran, the recent unrest in Iran _____  to reflect the economic grievances of the lower and working classes, alienated from institutional politics and ________  heavily from the consequences of an unjust and unequal management of the Iranian economy.
(a)walk, appreciating
(b)try, helping
(c)look, making
(d)seems, suffering
(e)customise, causing

Q10. The happy event was looked anxiously forward to by the ______ of Madras who had three months ago bid them farewell with anger on their brow and tears in their _______.
(a)man, dreams
(b)people, eyes
(c)crowd, pupil
(d)mob, glass
(e)nation,hands

Direction(11-15): In Question given below, there are two statements, each statement consists of a blank. You have to choose the option which provides the correct set of words that fits in the blanks in both the statements appropriately making them meaningful and grammatically correct.

Q12. A. Failure to wrestle teenagers out of bed before a viewing will also ____potential buyers
B. Further police activity may _____ victims from being candid with police and in court for fear of future investigation.
(a)help
(b)support
(c)create
(d)deter
(e)conspire 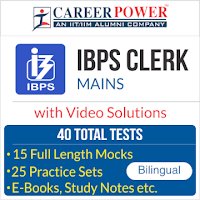