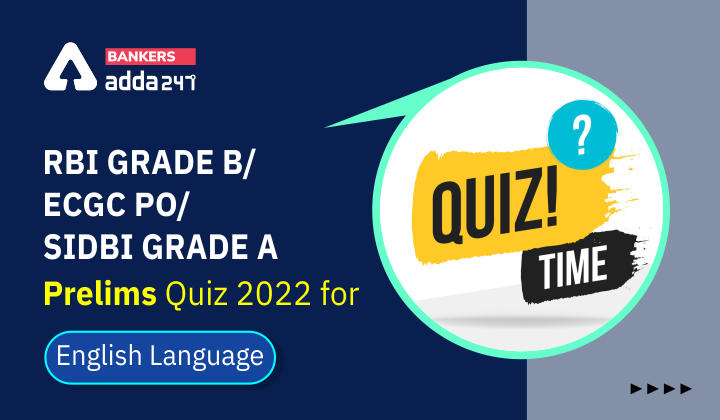 Q1.
(a) Our experiment yielded many unique-looking vegetables.
(b) He found it difficult to go beyond the elementary rules of grammar.
(c) Recently the train fares has been hiked by twenty per cent.
(d) A faint light was visible in the horizon.
(e) All are correct

Q2.
(a) New DNA evidence vindicated the 40-year-old man who was previous serving time for a crime he didn’t commit.
(b) Newspapers who unfairly vilify private citizens open themselves to be sued for slander.
(c) When appealing to the common people, it’s a wise move to use their vernacular instead of fancy language.
(d) Apple’s iPhones are ubiquitous across the world, which is why they bring in billions of dollars a year.
(e) All are correct

Q3.
(a) The main claims he had a transcendent encounter with an alien.
(b) Their dance step is intended to imitate the dance of a peacock in the rain.
(c) Stranded on the highway, he flailed his arms around to stop a vehicle.
(d) She had to gain permission of the principle to sit in the exam.
(e) All are correct

Q4.
(a) Some French noblemen collaborated with The Nazis when they occupied Paris.
(b) Book reviewers generally go deep into the text to critique it.
(c) She couldn’t tell him anything, accept that she needed some money.
(d) The three-dimensional effect was phenomenal.
(e) All are correct

Q5.
(a) The debate on art was suspended for some time to digress on the availability of good reading material.
(b) The poor endure maximum discomfort.
(c) The work of a magician is to create illusions that are mesmerize.
(d) She seems uninterested in what is going on around her.
(e) All are correct

Q6.
(a) Normally a stoic, Malachi wept in emotion after hearing the bad news about him hometown.
(b) The sales data indicates a decent profit for the shopkeepers.
(c) The viability of the solution is questionable.
(d) The monetary and psychological benefits of getting reimbursed for gas can go a long way for company morale.
(e) All are correct

Q7.
(a) Each state requires new teachers to pass pedagogy exams in order to get certified.
(b) The unilateral decision was deemed unfair at the other party involved.
(c) You’d be a fool to trust your money with some gambler, but trust your money with a shrewd investor and you will make a fortune.
(d) European soccer team Hull City were relegated from the Premier League in 2015.
(e) All are correct

Q8.
(a) Physics involves the study of locomotion.
(b) She had indomitable courage in spite of being deceased.
(c) To ensure impartiality, we require everyone to follow these general guidelines.
(d) A traumatic experience of losing a loved one or going to jail can create an existential crisis of where one questions why they’re on earth.
(e) All are correct

Q9.
(a) I didn’t enjoy the play’s opening scene because the actor’s diction and accent made it impossible to hear.
(b) The teacher facilitated the work of the students by providing extra notes.
(c) It seemed as if the fairies had helped the small children in the woods.
(d) The court decided to disbar the senior lawyer from the court on grounds of misconduct.
(e) All are correct

Q10.
(a) Working for years as a scriptwriter, he took up acting as his vocation.
(b) Electronic machines are being used for the purpose of ballot these days.
(c) His quest for knowledge was unstoppable.
(d) The farmer hauled the logs of timber in his truck to the building sight.
(e) All are correct

Q11.
(a) She liked to sport her Cartier diamond brooch.
(b) He is currently working as a designer in a cable company.
(c) The temple was razed to the ground by the cannon fire.
(d) The two political parties’ had a breach due to vested interests.
(e) All are correct

Q12.
(a) He tried to defer his departure but eventually had to go for the sake of his livelihood.
(b) They were delighted to see the lodge at the end of the sharp descent.
(c) The plaintiff were given three opportunities to prove his point.
(d) Only members were allowed in the club and all others were debarred.
(e) All are correct

Q13.
(a) Cultural evolution is better and faster then genetic evolution.
(b) The fate of the doctors is to be on service all twenty-four hours.
(c) At the railway station there were continual announcements regarding the arrival and departure of trains.
(d) It was not feasible to stop the construction work mid-way.
(e) All are correct

Q14.
(a) The old mansion had a lot of crevices in the walls.
(b) My brother quickly broke his vow to never eat chocolate again.
(c) In the Nazi concentration camps corporal punishment was common.
(d) Talented actors do not require any cues for their lines.
(e) All are correct

Q15.
(a) The art critic was very efficient and very much in demand.
(b) Young children are generally credulous and fall readily into the traps of marketers.
(c) The boards creaked every time someone step on them.
(d) The old man carrying the elegant walking stick had an impressive gait.
(e) All are correct

S1. Ans (c)
Sol. The error lies in sentence (c).
Since the noun (train fares) is plural, have should be used in place of has.

S3. Ans (d)
Sol. The error lies in sentence (d).
Principal needs to replace principle.
A principal is the headmaster of a school or a person who’s in charge of certain things in a company.
A principle is a rule, a law, a guideline, or a fact.

S4. Ans (c)
Sol. The error lies in sentence (c).
Usage of accept is wrong. It needs to be replaced with except, which means not including; other than.

S5. Ans (c)
Sol. The error lies in sentence (c).
Mesmerizing is to be used here.

S7. Ans (b)
Sol. The error lies in sentence (b).
By is the preposition that needs to be used here.

S8. Ans (b)
Sol. The error lies in sentence (b).
Deceased is used incorrectly here. It means the recently dead person in question.
Hence, the correct word that needs to be place here is diseased which means suffering from disease.

S10. Ans (d)
Sol. The error lies in sentence (d).
Site needs to be used in place of sight.
‘Site’ is used to refer to a location.
‘Sight’ can refer to your vision, identifying something through vision, a tourist attraction that’s worth seeing, or the ability of seeing.

S11. Ans (d)
Sol. The error lies in sentence (d).
The apostrophe sign in parties’ needs to be removed since the sentence does mean to indicate possession.

S14. Ans (e)
Sol. All of the given sentences are grammatically and contextually correct.

S15. Ans (c)
Sol. The error lies in sentence (c).
Stepped is the correct form of verb to be used since the sentence states that the event is in past tense.