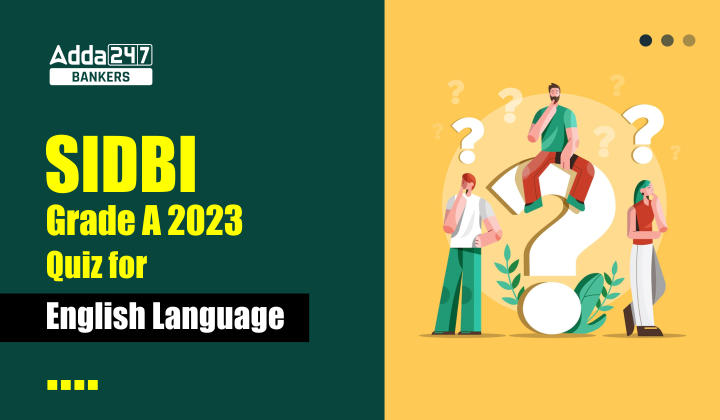 Directions (1-7): In the following passage there are blanks, each of which has been numbered. These numbers are printed below the passage and against each, some words are suggested, one of which fits the blank appropriately. Find out the appropriate word in each case.

The four officers’ unions in state-owned banks have jointly written to the Indian Banks’ Association (IBA) expressing apprehension that their members may be _______________ (1) over the coals if the loans given to small and marginal farmers (SMFs) during the ongoing two-week campaign (February 10 to 24) turn sour later on. The fear of the unions stems from the fact that the campaign for _________________ (2) all Pradhan Mantri Kisan Samman Nidhi (PM-KISAN) beneficiaries with Kisan Credit Cards (KCC) has been undertaken in the off season for crop cultivation in major areas. Hence, they _______________ (3) that rural and semi-urban (RUSU) branches were forced to sanction KCC without standing crop, which could lead to diversion of funds. They added that due to staff shortage at these branches it is difficult to ensure the end-use of funds. PM-KISAN was launched in December 2018 with the view to __________________ (4) the income of SMFs. KCC allows farmers to meet their short-term credit requirements for cultivation of crops, post-harvest expenses, consumption requirements, working capital for maintenance of farm assets and activities ____________________ (5) to agriculture, and investment credit requirement for agriculture and allied activities. Since the KCC accounts have been _____________________ (6) in the off crop season, the four unions ― All India Bank Officers’ Confederation, All India Bank Officers’ Association, Indian National Bank Officers’ Congress and National Organisation of Bank Officers ― _________________ (7) that these accounts are not eligible for crop insurance coverage under the Pradhan Mantri Fasal Bima Yojana (PMFBY) scheme in majority of the areas.

Directions (8-10): In the following questions, the sentence is consisting of four highlighted words. Choose the option reflecting the word which is either misspelt or grammatically incorrect. If all the highlighted words are correct, choose option (e) i.e. “all are correct” as your answer choice.

Q8. As the country remains mired in an economic slowdown, with evidence of falling employment and consumption, the government is persistant in its denial.
(a) Mired
(b) Falling
(c) Consumption
(d) Persistant
(e) All are correct

Q9. The Government of India must also assume a more vocal role in the international debete about how to make multinationals pay their fair share of taxes.
(a) Assume
(b) Debete
(c) Multinationals
(d) Taxes
(e) All are correct

Q10. Publicly-funded research has always been encouraged to reinvent the wheel and customize technology to Indian realitiez.
(a) Research
(b) Encouraged
(c) Customize
(d) Realitiez
(e) All are correct

Directions (11-15): In the following questions, a word is given in bold followed by three sentences. Choose the appropriate option mentioning the sentence(s) that uses the highlighted word in a grammatically correct and contextually meaningful manner.

Q11.
Dilatory
(I) The dilatory strategies on the intellectual property front, indeed, can ruin the biodiversity richness of the country.
(II) It takes a lot of enthusiasm, dilatory to a love of children, to make a good teacher.
(III) Winning is first, but not far behind is winning in a manner that is dilatory and palatable to the public.

Q12.
Remedy
(I) Remedy the environment by protecting watersheds and enhancing wildlife habitats and biodiversity.
(II) Farmers are baffled about how to remedy natural animal behaviour and say the tax could make farming uneconomical.
(III) Bicarbonate of soda is a popular remedy for powdery mildew because it is a relatively safe substance and it is cheap to use.

Q13.
Punitive
(I) As a developing nation, Brazil has adopted punitive interest rates to stay afloat in the midst of economic shocks.
(II) Being disruptive, refusing to obey orders, and engaging in acts of self-mutilation and attempted suicide can all result in punitive action.
(III) First she punitive him, then she had the audacity to show up and rescue him.

Q14.
Condemn
(I) She walked at her condemn pace ignoring those behind her wanting to go faster.
(II) The audience thanked Lorin Maazel and the orchestra for that half with enthusiastic condemn, standing ovations, and bravos.
(III) We are not invited to admire or condemn, only to experience the humanity of a woman making a choice, for weal or woe.

Q15.
Unequivocal
(I) His art continues to inspire responses ranging from unequivocal praise to outright condemnation.
(II) The items were carefully wrapped to protect them from unequivocal during shipping.
(III) The risk of avian ingestion or any unequivocal to aircraft and airside facilities could result in costly delays due to downtime for repairs.

S1. Ans. (b)
Sol. Hauled fits the blank appropriately. Hence, option (b) is the right answer choice.
Hauled means pull or drag with effort or force.

S5. Ans. (b)
Sol. ‘Allied’ fits the blank appropriately. Hence, option (b) is the right answer choice.
Allied means joined by or relating to members of an alliance.

S9. Ans. (b)
Sol. Debete is wrong here. Correct word will be Debate. Hence, option (b) is the right answer choice.

S12. Ans. (b)
Sol. Remedy means Something that corrects or counteracts.
Cure, Drug, Medicament, Medication, Medicinal
Both Statement (II) and (III) use Remedy in a grammatically correct and contextually meaningful manner. Hence, option (b) is the right answer choice.