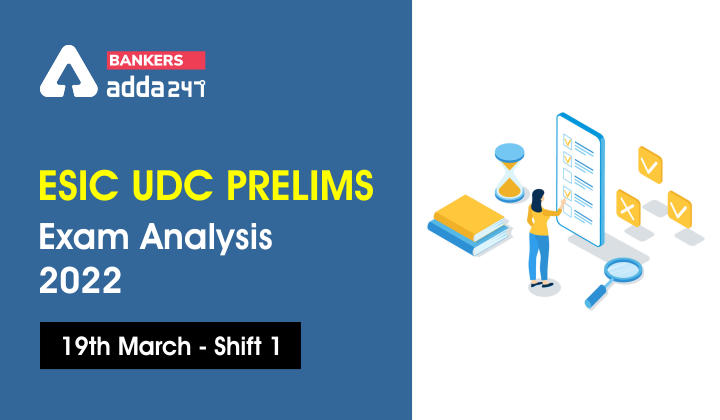 Good attempts of the ESIC UDC 2022 exam depend on the difficulty level, number of vacancies, etc. We are giving you an average good attempt for each section according to our experts.

While collecting the information for ESIC UDC Exam Analysis, most of the students have agreed that Reasoning was scoring and students can easily attempt more than 20 Questions. General Intelligence and Reasoning can become a Game Changer while crossing the overall score. The topic wise distribution of Reasoning from ESIC UDC Exam analysis is provided below.

Q1. What were the overall good attempts in the 1st shift of ESIC UDC exam?
Ans. Students have attempted around 72 to 75 Questions in ESIC UDC Exam.